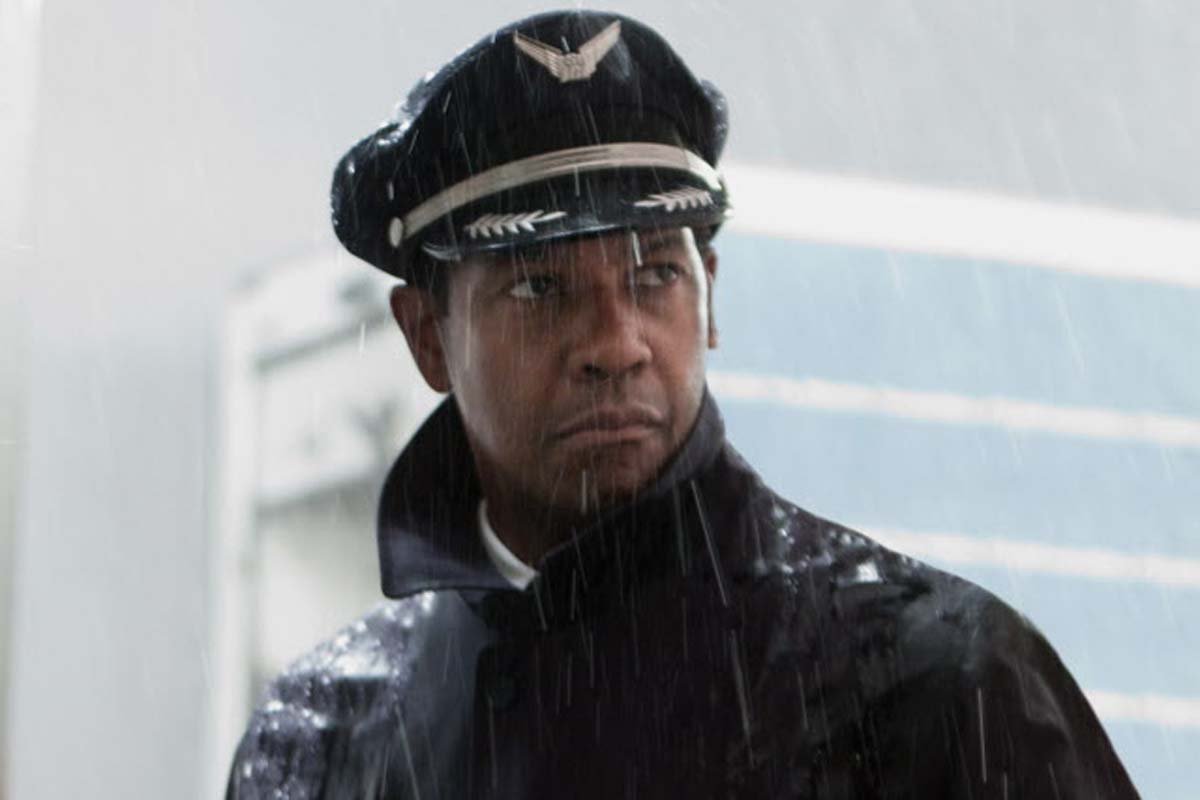 In director Robert Zemeckis new thriller Flight, Denzel Washington plays Captain ‘Whip’ Whitaker, an airline pilot who astonishingly crash lands his plane after a mid-air catastrophe, saving nearly everyone on board. The investigation into the crash throws up more questions than answers about what really happened on that day.

Reminiscent of the heroic actions of Sully Sullenberger, the captain who surprisingly landed a disabled plane in 2009, except with some personal troubles thrown in, Flight also seems to be an jaw dropping role for Washington, who never fails to impress in his big screen flicks.

Speaking at a recent press conference about the film, he said, ‘When I read the material in the script, I just said, ‘Wow, this is good.’ I read a ton of scripts, and [with this one] you felt like you read it in 14 minutes, because you’re turning the page so fast you can’t wait to see what’s going to happen. I had to be a part of it. The guts, the pain, the tears were all on the page, like a Eugene O’Neill play.’

Now Oscar-nominated for what is being dubbed “the best performance of his career,” Washington’s role as the alcohol and drug abusing pilot, has been generating nothing but praise. Manohla Dargis from The New York Times said, “Flight is freakishly real; it’s one of those big-screen nightmares that will inspire fear-of-flying moviegoers to run home and Google car rental deals and Greyhound schedules.”

As he now considers his next role, First Lady Michelle Obama reckons he’ll be the perfect person to play her husband President Obama in a movie about their lives.  ‘That’s a sharp stick in the eye! That’s beautiful. That’s lovely,’ a mystified Washington told BANG Showbiz. Roll on President Washington!