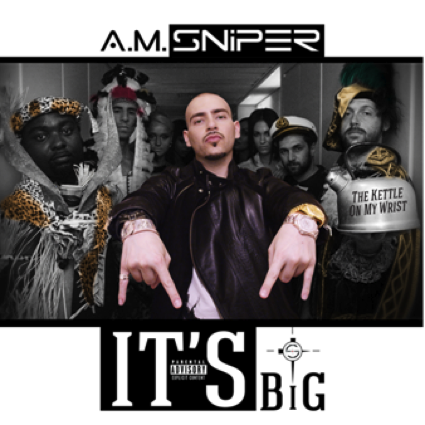 A.M. SNiPER releases his humorous take on British bling in May.

Following on from his Urban club chart entry ROAR in the autumn last year, the new single is a “cockney” take on the rhyming slang for watch – kettle!

With the opening in true East London vocals – “Oi mate put the kettle on” the track is a playful take on the watch as a status symbol. The bigger the better until the point where you not only have the kettle on your wrist but the boat, the car and the house….. isn’t that the price of some of these time pieces these days?!

It’s Big (The Kettle on my Wrist) written and produced by A.M SNiPER is taken from his debut album “1 AM – Thunder In The Sun” which will be released later this summer.