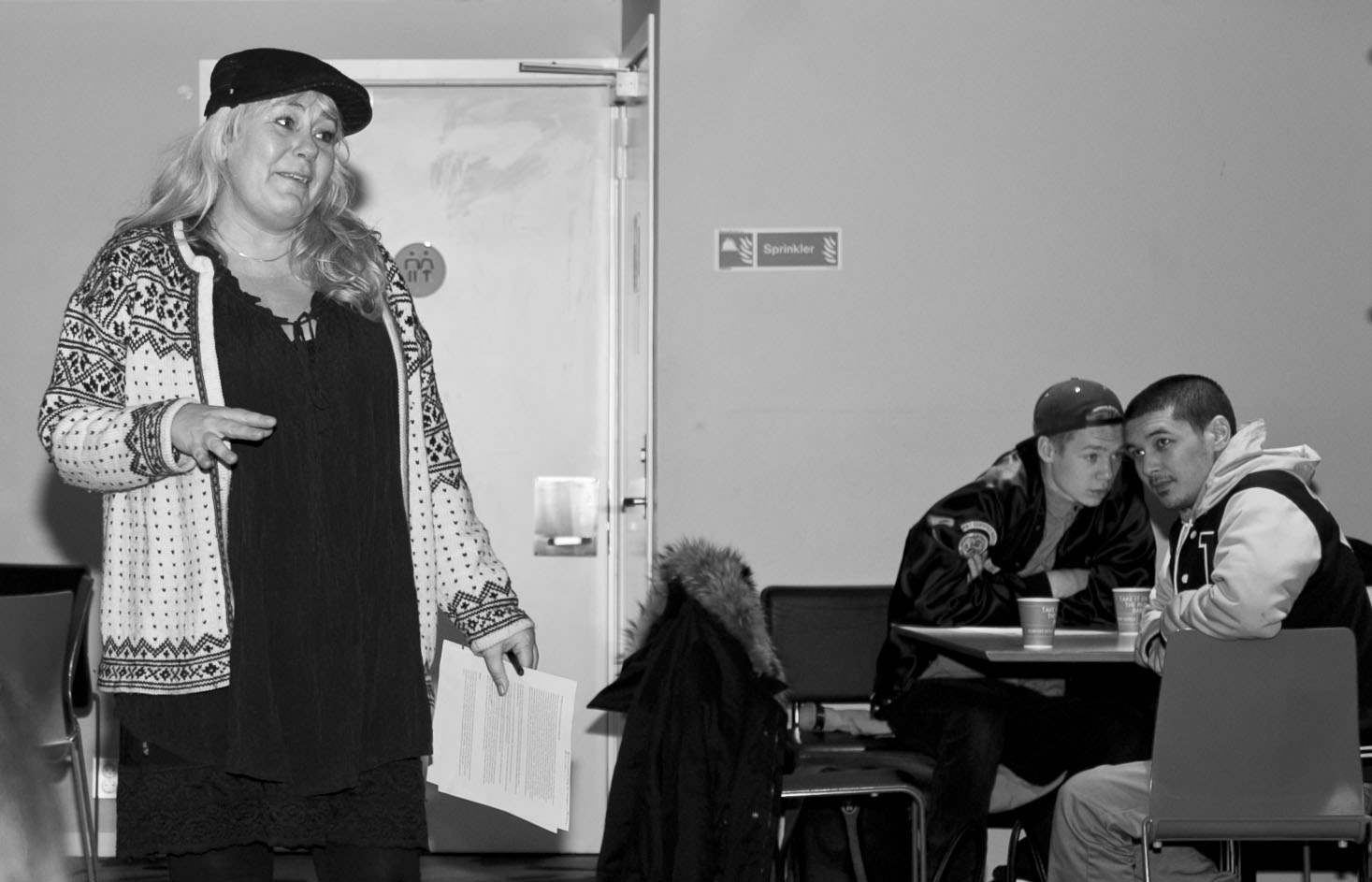 What comes to mind when you think of Norway? A cold, Scandinavian country and the Northern Lights? You don’t really think at all about their music scene. I was intrigued when HTC invited me to Oslo along with other music journalists from around the world including America, Russia, Germany, Poland and more on a 2 night trip to go and check out their music scene.

Staying at the luxurious Grims Grenka, a unique and design led hotel, really made the trip enjoyable as it was extremely comfortable and we were giving the warm ‘winter rooms’ with unique lighting systems. Staying in the center of Oslo I quickly unpacked and walked to the town to have a little look round, meeting everyone else for drinks and dinner in the hotel bar. Drinking martini’s, eating dinner and getting to no everyone made the first night very enjoyable with the bar host indulging us in traditional Norwegian shots.

Meeting for breakfast at 8am in the restaurant, we quickly ate and were given our HTC phones to keep, either a Windows version or a HTC One the latter I got, and also Beats by Dre headphones. Our first stop was the Xpress Comfort Hotel, Oslo’s music location in the Youngstoget area which is known as the music hub of the city. There we met with Trude Artnzen known as the ‘mother’ to Norway’s urban young music acts, where she helps fresh acts breakthrough. Trude is not only a mentor to the artists but is a friend, helping them with her vast array of contacts and knowledge. We are then introduced to Phats the Phyician and Cezinado. These two artists performed for us, and even though we couldn’t understand 17-year old Cezinado who rapped in Norwegian you could see his passion and hear his effortless flow. Already he has built up a big fan base, gigging round Norway and working with well respected rappers and producers. He has also performed for the Norwegian royal family. Cezinando released his solo debut album in 2012 ‘Cez 4 Prez’ and is now working on his second album with award winning producer ‘Illegi’. Phats the Physician performed to us in English and he had an old school South Bronx style to his content, flow and production. I was impressed with the performance and his first single ‘Ain’t No Stopping Me’ was produced by multi platinum selling hitmakers Skylab.

The Oslo Opera House was our second stop on the HTC Audio Tour. We were given a guided tour of the building and auditorium which was designed to give the best quality acoustic experience. Not only does the Opera House have opera and classical music, but it is reliant on revenue that other types of music such as rock, pop and jazz concerts bring , and is heavily dependent on the Oslo music scene. We then walked outside to the top of the building to take in the break taking but cold view. Café Mono was the 3rd stop, a live music venue in the heart of Oslo, hosting intimate events a few times a week. The 160-capacity venue really sparked my interest and it hosts well known established acts as unknown rising stars. We were given a performance by the Oslo Mobile Orchestra, a group who have explored music with their smartphones, showing as the capabilities of using a phone and speakers to make music. The group have made special software which picked up on lights and motion to make sounds and after their performance we were invited to try it out. After a nice big lunch at the Nighthawk Diner we walked to the Urban Sound Music Studio. We were given a talk by a group of artists who met at the Swedish Interactive Institute and came together in 2000 to start a project called MusicalFieldsForever. One of the representatives Anders gave us a thorough talk on the project; art installations which were interactive and by touching and moving around certain bits of the ‘toys’ you could make music as a team. Made with children with disabilities in mind, I could see how they could help certain individuals, but also be something fun and enjoyable. ““A musical field is open for co-creation on many different levels, both on a material level, musically as well as open for diverse interpretations. Therefore a musical field can be open for different movements and actions like seeing, creating music individually and for collaboration between many people.” Our last and fifth stop was the Jaeger Club where the owner gave us a talk about the quirky and up and coming music scene in Norway, heavy in the bass and house scene. We were also given a brief talk by well known DJ Abstract who also gave us a tutorial on how to mix. The club was not what I imagined having a café feel upstairs with seating and a bar and downstairs the ‘club’ had flashing lights on the ceiling. We went back there in the evening to see drink and feel the full vibe of the nightclub. All in all Oslo’s music scene is not what I imagined it was going to be. Full of innovative sounds and ahead of it’s time, the people here are not afraid to be different with their music.