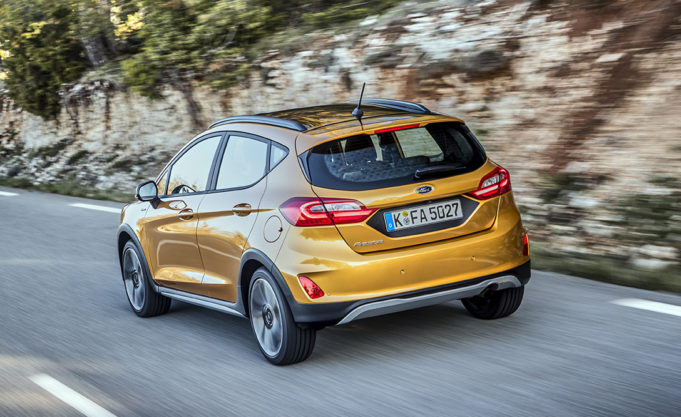 It was a dark and stormy night, in a land far away… No seriously, it was nothing of the sort. It was a beautiful day in London when I flew to the South of France, Nice, to experience the all-new Ford Fiesta Active.

My weekend bag was packed and jump on a British Airways flight to Nice and within 2 hours, I had landed on the French Riviera, Nice the capital of the Alpes-Maritimes. For those of you that haven’t yet visited Nice, in a nutshell, it sits on pebbly shores of the Baie des Anges and it’s heavily laden with palm trees. Who would have thought, you could catch a 2-hour flight from London and see such beauty?

The weather was bliss, nice and hot, shorts and T-shirt type of weather. As I arrived at the Ford Stand located minutes from the airport, there they were, the all-new Ford Fiesta Active’s, perfectly aligned in the car park, awaiting our arrival.

A quick Instagram poll asking, which colour I should drive first? Gold or Red?? The audience decided on Gold (the official name of the colour name is Lux Yellow) and off I speed on a one and a half -hour drive around the South of France.

The Ford Fiesta Active is pretty impressive. So much so, I was taken aback by the quality of the interior (no cheap plasticky bits), the speed and pull from the tiny 1.0ltr EcoBoost engine and of the course the fully loaded B&O sound system which made my music sound schweeeeeet! Don’t be mistaken, this is not a fast car, however, it overperforms and is fast and nippy for the engine size and feels like a good solid car.

Isn’t it Nice? Of course, it is… I drove along the Route Napoleon enjoying the stunning scenery and stopping off at a lovely cafe for a quick bite to eat but unfortunately, our drive had come to an end, only to be delighted by arriving at the amazing 5-star Terre Blanche Hotel. The Terre Blanche features villa style rooms, a beautiful spa, infinity pools and so much more… It felt like a dream that I didn’t want to awaken from.

I won’t bore you with the details of the briefing, you can go to WhatCar or TopGear or the Ford website for all the specs you desire, however, there was a large mural on the wall, which sent nostalgic memories running through my head as I looked at the performance history of the Ford Fiesta and started to count how many Ford Fiesta models I have own in the past.

The briefing had finished and we had dinner at the Michelin Starred hotel restaurant, Le Faventia, and it was delightful. For starters was a fillet of red mullet, parmesan shortbread with tender herbs salad. Mains come as a roasted filet mignon of veal with fresh morel mushrooms, green asparagus, creamy juice with Arbois wine and a lovely dessert of vanilla millefeuille. Ford really know how to make you feel like an active star.

The following morning was exciting as we awaited our buggy adventure to Château des Selves where we enjoyed a continental breakfast overlooking the picturesque vineyard. A quintessentially Provencal pastime.

Bombing around the South of France, off the beaten track in these Buggy’s was amazing. Splashing through deep puddles, driving through the woods and trees left us all adrenalin filled and pumped with excitement. We simply didn’t want it to end.

The whole trip was a dream. The Ford Fiesta Active is a car you’ll like and love. Low fuel costs, beautiful styling, loud music, nippy and comfortable to drive. Perfect for anyone with an active lifestyle (pun intended).

For more information on the all-new Ford Fiesta Active visit Ford.co.uk and take a look at the video below for an introduction to the active model 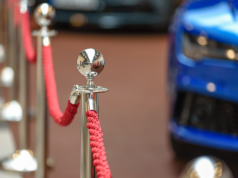