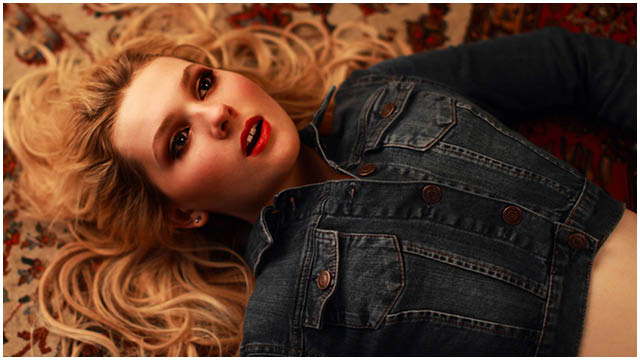 Born in New York in 1996, Abigail Breslin has rarely been out of the spotlight making her debut in front of the camera in television adverts at the age of three.

Abigail Breslin stars alongside Arnold Schwarzenegger in the upcoming zombie film, Maggie, in cinemas July 24 and to celebrate we not only have an exclusive clip but we take a look her career highlights so far.

Signs
Breslin made her debut on the big screen at the age of six in the eerie sci-fi, Signs. The film tells the story of a family who find mysterious crop circles forming near their home, it some becomes clear that extra-terrestrial beings may be behind them. Playing Mel Gibson’s young daughter her performance garnered critical acclaim and cemented her as one to watch.

Raising Helen
Now this is one film that pretty much guarantees you to well up! Kate Hudson stars as Helen, a hotshot modelling agent whose life changes forever when her older sister dies in a car crash. Kids aren’t exactly Helen’s thing but it’s now down to her to look after her sister’s three children. Abigail stars alongside her brother, Spencer, in this equally heartbreaking and heartwarming story as they struggle with their loss of their parents. The Princess Diaries 2: Royal Engagement
Don’t been afraid to admit that this one of your guilty pleasures… Abigail might not be in the film that much but she’s certainly a scene stealer. On a parade through the streets of Genovia, Princess Mia notices her being teased and steps in promising to make her princess for the day.

Little Miss Sunshine
When she was just 6 years old Abigail was cast to play Olive Hoover, the daughter in one of the most comical, dysfunctional on-screen families. Olive earns a place in the Little Miss Sunshine competition, which means the entire family has to embark on an 800 mile road-trip. As expected, the trip is full of drama and tears however Olive eventually makes it to give an unforgettable performance. My Sister’s Keeper
The film that made us all cry uncontrollably tells the story of a family going through the traumatic ordeal of coping with cancer. Abigail’s performance as Anna Fitzgerald, the daughter concieved to be a donor for her sick elder sister, was both professional and incredibly moving.

Zombieland
After playing a series of sweet and innocent characters, Abigail showed us she can be equally as bad-ass as the zombie apocalypse survivor ‘Little Rock’. Emma Stone plays her big sister ‘Wichita’ and together the troublesome pair cleverly con other survivors, stealing their food and weapons.

August Osage County
Abigail was part of an impressive ensemble cast, including Hollywood greats Meryl Streep, Julia Roberts and Benedict Cumberbatch in the 2013 drama. Again, this is a story of a dysfunctional family who have been brought back together, it’s all about strong-willed women played by great actresses, Abigail included.

Scream Queens
Bringing her acting skills to the small screen, Abigail is Chanel #5 in the hotly anticipated black-comedy slasher series. All we know so far is that Kappa House, the most sought-after sorority for pledges ruled by Chanel Oberlin (Emma Roberts) is plagued with a series of brutal and mysterious murders, and everyone has a motive.

Maggie
In her latest film role, Abigail plays Maggie the daughter of protective father Arnold Schwarzenegger. Abigail gives a captivating performance as Maggie, a teenage girl who becomes infected by an outbreak of a disease that slowly turns her into a cannibalistic zombie.