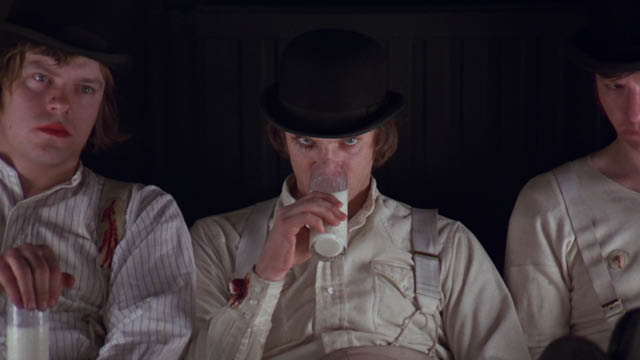 When in doubt, look to the world of film for fashion inspiration.

The world of fashion radiates from our cinema or television screens — whether we’re taken by Audrey Hepburn’s 50’s style dresses in Breakfast at Tiffany’s, or enamoured by the full skirts of Grace Kelly in Hitchcock’s Rear Window, we are constantly gathering inspiration from the world of cinema without even knowing it.

While there are a number of outfits, clothes and one-pieces that have changed the way the fashion world thinks, these generally remain unaffordable for the average person. The accessories, however, are usually inexpensive. There are many fashionable characters, but don’t forget the little details of those iconic outfits. Here’s our list of the top accessories that were inspired by onscreen stories.

Jamie Foxx’s sunglasses from The Kingdom

As Jamie Foxx leads his FBI team to Saudi Arabia, he is donning a pair of brown, gold-rimmed sunglasses. These are Michael Kors sunglasses from the UK and there is a wide selection of different shapes, styles and colours to be found. Whether for an FBI rampage on the desert roads of Saudi, or simply a sunny summer day wherever you are, this pair of shades is effortlessly stylish. The bowler hats in Kubrick’s A Clockwork Orange

The world-class director Stanley Kubrick has forever created intricate costume details in many of his films – the black capes of Eyes Wide Shut, the knitwear of The Shining, the historical dress of Barry Lyndon, or the suggestive summer wear of Lolita – but what really stood out for all of us were the bowler hats of Alex and his motley crew in A Clockwork Orange. This accessory, coupled with white overalls, has become one of the most common sites at Halloween or fancy dress parties. Woody Allen and Diane Keaton’s romance both on and off screen is something that will forever be celebrated, and so too will their professional collaboration. There is something very special about Keaton particularly in the film Annie Hall, for which she is best remembered for her slightly androgynous look wearing a white shirt, slacks, a tie and the beloved waistcoat. This sparked a wonderful trend on catwalks and streets worldwide. The stylistic and dark-humoured The Royal Tenenbaums is synonymous with its 90’s-esque style, especially the fur coat of Wes Anderson’s young and fresh-faced Gwyneth Paltrow. Paired with her sharp, blonde bob and her Lacoste dress, Margot Tenenbaum quickly became a style icon that sparked a number of fashion trends. Roman Polanski’s eerily haunting film Rosemary’s Baby catapulted the young and extremely beautiful Mia Farrow to fame. She spends a large part of the film tiptoeing around her New York apartment in nightgowns and dresses with white peter pan collars. Her stunning face is perfectly framed in these striking collars, inspiring anybody to wear one.