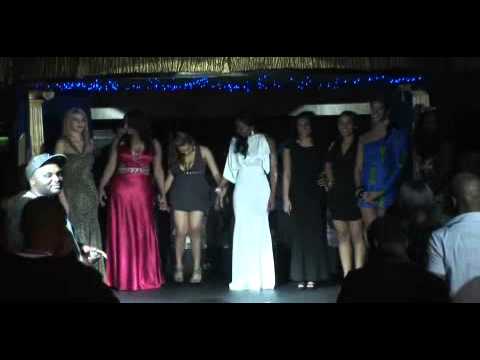 BBC 1Xtra has turned Ace and Vis into household names and their on-air troublemaking style has earned them a host of accolades – but these boys haven’t hit their peak yet.

At the 1Xtra studios in West London, Ace and Vis are raring to talk about the Miss Flavour competition, which they hosted recently. “It was a lot of fun; we caught up with people we hadn’t seen in a while and the girls on the night were incredible!” Ace says with a grin on his face. So did any of the finalists catch his eye? “They were all beautiful,” he says diplomatically. Ace sure has got some lyrics, so smooth with his chat!

But what about Vis? On the night it seemed he had a favourite of his own. Every time a particularly feisty girl came on stage, he appeared to break into a deep sweat. At one point he even started doing press-ups, saying he needed to prepare for her! He laughs, “It was all in jest – but I did like Neetu [the winner] and Nichollette, the girl announced as winner by accident.” Ah, yes. Ace made an error of Australia’s Next Top Model proportions and called out the wrong name to accept the award for Miss Flavour 2010! He laughs when quizzed about this. “I wanted the ground to swallow me up.” But adds, on a more serious note, “I felt bad for the girl I called up by mistake.”

Genius in jest
That’s the thing with competitions and award ceremonies – they rarely go without a hitch, and the rogues of the airwaves confess to putting a spanner in the works at the 2008 MOBOs. Notorious for being pranksters, they decided to cause mischief when Trevor Nelson was named Best Radio DJ. “We went all Kanye on him!” Vis says with glee. “We jumped on stage, interrupting, saying Ace and Vis are the greatest and that we were robbed!” That’s some evil genius right there.

But is there truth in jest? Having notched up a few awards of their own in their early years, are they still hungry for more? “Definitely,” assures Vis. “We will never stop trying to better our game, and any award we do win in the future we’ll utilise to push even further.”

Staying on the award tip, we discuss red carpet moves. And no red carpet entrance is complete without a pap-worthy date who causes a stir. So who are their dream girls? “Definitely Alisha White. That girl is beautiful!” says Ace. “When I saw her at Miss Flavour I was like DAMN.” This creates a light-bulb moment – could there be a Flavour hook-up ahead? We had interviewed Alicia only days before. But before we get all Cilla Black, Vis reveals his dream girl is Nicki Minaj. Clearly this is an emotional moment as he takes a second to savour the thought of Ms Minaj on his arm… Breaking his reverie we eventually learn the reasons. “It’s everything from the body to the body language and her talent. Plus, you never know what she would wear!” That’s true – Nicki always has the surprise factor on point when it comes to outfits!

24-hour carnage
With the awards season upon us, who are the stars the boys want to see taking home Oscars, Emmys and Baftas? But Vis is not overly interested in movies this year. “I’m more of a TV person. Film hasn’t done it for me over the last year – I’ve watched a lot, but nothing is gonna stay with me forever. But definitely shows like Entourage and The Event should do it big when it comes to awards in 2011.”

Ace is on a similar vibe. “Yeah, I would say TV is doing a lot. Especially Waterloo Road and EastEnders. I’m a well-publicised EastEnders fanatic. And it’s been a good year for reality shows.” Hmm, another light-bulb moment – what about an Ace and Vis show? Lock a bunch of celebs in a house and get the guys to pull pranks on them. A bit like Punk’d mixed with Big Brother? “You know what? That’s a good look!” Vis agrees. “In fact, before we parted ways with Channel U, we were talking about doing a reality show.” Can you imagine the carnage and the deviousness. That’s worthy of 24-hour streaming!

Fit Down Under
I reckon it should be one of their New Year’s resolutions – their own reality show to wreak a little (probably a lot of!) havoc. But what are the boys’ real resolutions? “I’m gonna be a bit cliché and say I wanna get fit,” says Ace. “You might find me looking like 50 Cent by the end of the year!” And Vis? “Travel more. I love travelling, but 2010 was all about getting my business right – I only had three days off. I’ve never hit Australia so maybe I’ll go there.” Bet Nicki would make the perfect travel mate… we’re pretty sure that she would go down well Down Under!