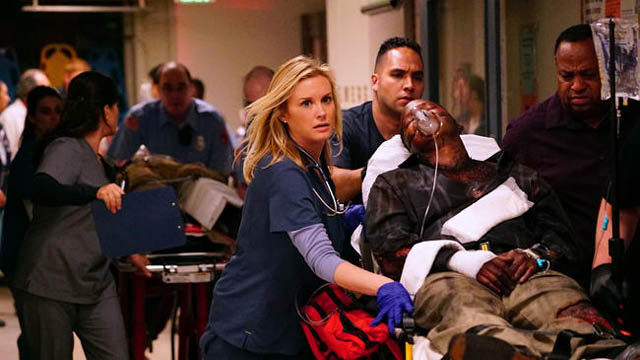 Inspired by the award-winning documentary by Ryan McGarry, Code Black is a heart-pounding medical drama that takes place in the busiest ER in the US, LA County Hospital.

Check out this frighteningly realistic stunt! Would you have the same reaction in this situation?

This is a medical drama like no other, behind the scenes there are numerous medical professionals on staff including actual trauma nurses who actually appear on-screen as trauma nurses. Every actor on the show went through a medical boot camp set up by Executive Producer Michael Sietzman. Code Black is high-octane and intense, every second is a matter of life or death in this ER…