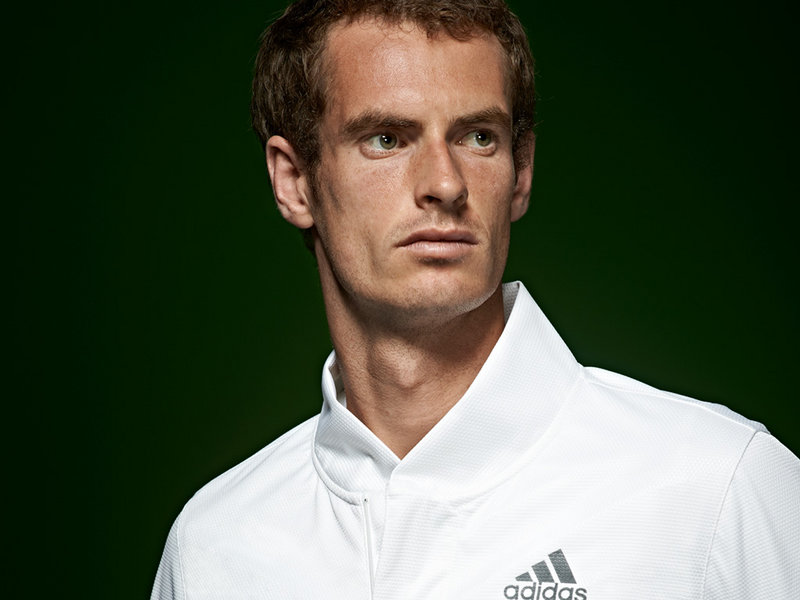 It’s that time of the year again…Wimbledon is here! Yes it’s actually been a whole year since the last one so get your strawberries at the ready, turn off your phone and prepare not to shower or move from in front of your TV for the next two weeks! However, it’s not just the tennis that we’re interested in (shocking I know) we’re also looking for the best dressed player. Venus and Serena Williams usually score high in the female style stakes but this year Andy Murray is doing it for the guys. The 26-year-old had an amazing year in 2012 after scoring Gold in the singles and Silver in the mixed doubles at the London Olympics. He also came super close to winning the Wimbledon cup but lost out to Federer in the final however, winning the US Open in September kinda made up for it. 2013 is also shaping up to be pretty good for the Glaswegian. He’s already won his first Wimbledon match and seems to be on excellent form. And fashion wise he’s scoring top marks with us. Last week Adidas revealed the new kit that Murray will wear throughout the championship and it actually makes him look weirdly attractive. His new apparel includes a classic all-white jacket, shirt and short ensemble which has been tailored to fit perfectly. Using only the best fabrics the outfit has been designed to remove moisture from the skin to keep him sweat free on the court while the shorts fabric has been designed to stretch to give him a wider range of motion. Alongside the clothing he will be wearing lightweight AdiPower Barricade 8’s which will support his feet and provide ultimate speed and comfort. If all this isn’t enough to make him our winner then I don’t know what is!