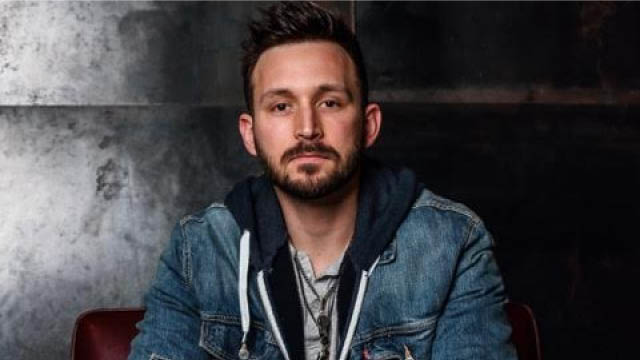 Nashville based singer-songwriter, Age James has released his debut EP on the 19th October 2015.

‘The Other Side’ EP was recorded during the Summer in Nashville at the Brown Owl Studio in Berry Hill with producer Brian Bandas, formerly with country trio Love and Theft. Enlisting the drumming skills of Chris Kimmer, the EP features five brand new tracks including the forthcoming single ‘Slo Mo’which was co-written with Matt Pice and Jared Scott and is accompanied by a stunning video.

Born in Southern California just outside of Los Angeles, Age grew up listening to his parent’s country albums and as a child was particularly obsessed with Garth Brooks. Growing up he became inspired by new emerging country artists like Keith Urban, Dierks Bentley and Jason Aldean and started a covers band with his brother Josh called Highway 38. They played shows throughout Southern California until Age graduated to college and moved to Nashville where he began his solo career.

Effortlessly fusing the sounds of 70’s L.A. classics such as Tom Petty, Bob Seger and The Eagles with the new jam-band rock of country artists like Zac Brown and Kip Moore, he is now really beginning to establish himself as an artist to watch in his own right. Writing with some of the most talented writers in Nashville, Age has now played acclaimed shows at the Hard Rock Cafe, The Roxy on Sunset, War Memorial Auditorium and Exit/In to an ever-expanding fan base.

Following a successful and busy EP launch show at The Exit in October, Age James will play the following dates in December, more are set to be announced in the very future.