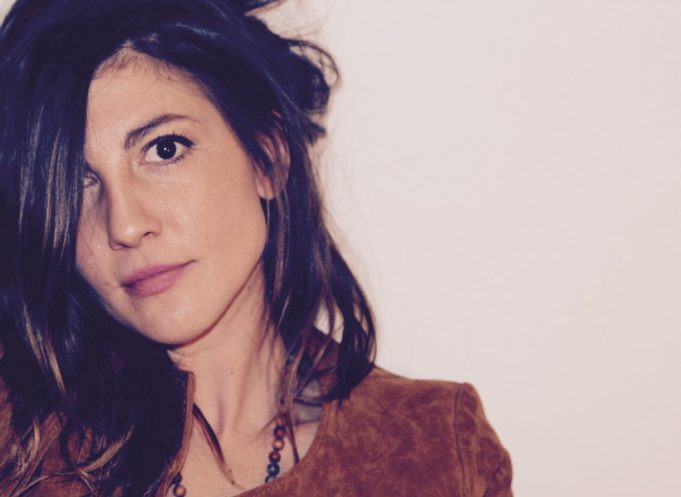 Aja Volkman, the former female front for the LA rock-trio Nico Vega, has announced her long awaited solo debut with the release of her debut album Sandy. Featuring the lead single ‘My Man’, the album will be available to download on all major media providers from May 19th.

Born and raised in Oregon, Aja Volkman began her musical career at a young age and it quickly progressed into a prodigious talent. Aja’s musical career opened up after she joined forces with War Paint front woman Emily Kohal and for the first time in the public sphere, Aja unleashed a provocative vocal that would soon define her career.

Her foray into the music world continued in 2004 when she forged the successful LA rock trio Nico Vega.  After teaming up with Linda Perry (Gwen Stefani, Pink, Christina Aguilera), Nico Vega releases their first full-length album in 2009, which received critical acclaim, including Billboard Magazine who hailed it as ‘The most unstoppable pop-rock hooks heard all year.’ From 2014 – 2015 Nico Vega continued to gain popularity after landing an opening slot for Imagine Dragons, where Aja would then meet her future husband and Imagine Dragon front man Dan Reynolds.

After a short hiatus, Aja Volkman announced her return to music with her debut solo album Sandy. The intimate solo album drips with her quintessential depth that ruminates with a vintage bluesy soul rich sound.  Aja recorded the album with singer-songwriter Joshua James in Utah and has taken over a year to put together.

‘Sandy’ is out May 19th and you can get Aja’s brand new single ‘My Man’ as an instant grat when you pre-order the album from April 28th.