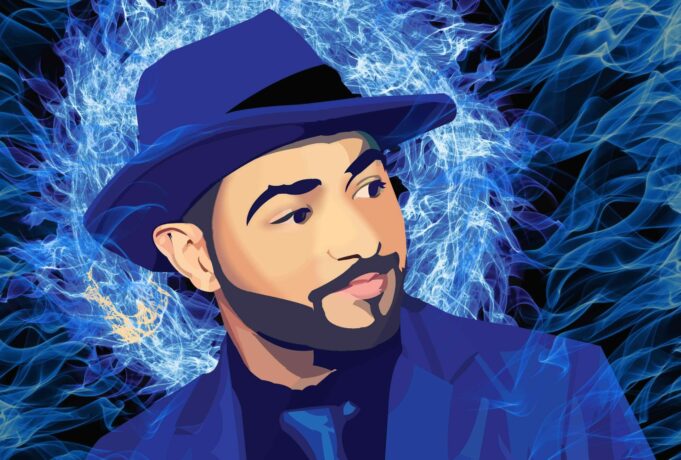 Wanting this album to introduce himself to the world, ‘Blue Flame’ draws influence from Micheal Jackson, Aladeen’s biggest musical hero as well as influences from hip-hop, R&B, and even Jpop & K-Pop. The album features singing and rapping with a danceable beat in each track. 2 Official Music Videos have been released to support ‘Blue Flame’ and an entirely Japanese edition has been separately released, with Aladeen hoping to reach a new fan base within Japan and Southeast Asia. “I’d like to be the artist that can bridge gaps between different people from all across the world,” explains Aladeen who has spent years honing his style and his sound and we’re excited to see what he does next!

Finding his passion for music at just 7 years old when he started recording drums, piano and vocals on a tape recorder. Starting out just performing and recording Arabic music and faith-inspired music as a child, Aladeen was introduced to rap when he was 16 and gradually began discovering other genres of music. Falling in love with the sounds of Michael Jackson & Stevie Wonder, along with studying the rap styles varying from the Fresh Prince (Will Smith), Eminem, Lupe Fiasco, Nas and many more and appreciating the various writing & lyrical styles, Aladeen fuses these contemporary pop styles along with his Arabic background and hip hop blended styles to create an eclectic and original sound.