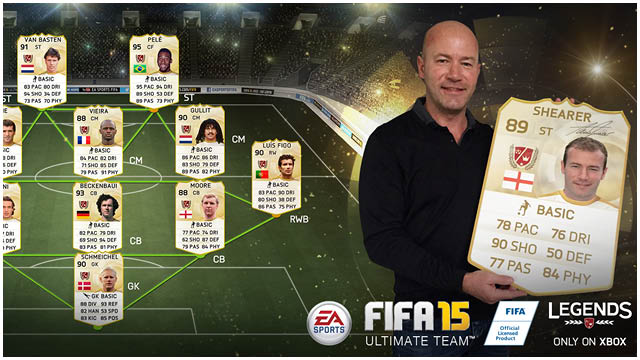 As of 6pm on Friday 27th March Alan will be playable in FIFA Ultimate Team Legends, so gamers who find him in packs will be able to select him alongside modern day players.

As part of his return to the pitch, Shearer has also named his FIFA 15 Ultimate Team Legends XI, featuring the likes of Marco van Basten, Patrick Viera and Bobby Moore in a stellar starting line-up.

Speaking about his return to the pitch, Shearer said, “It’s great to return to the game, my son plays a lot of FIFA so when I was approached about becoming an EA SPORTS FIFA Ultimate Team Legend, I knew it was a great honour to join the likes of Pele, Moore and my old mate Gary Lineker in the game. I just hope they got my celebration right!”