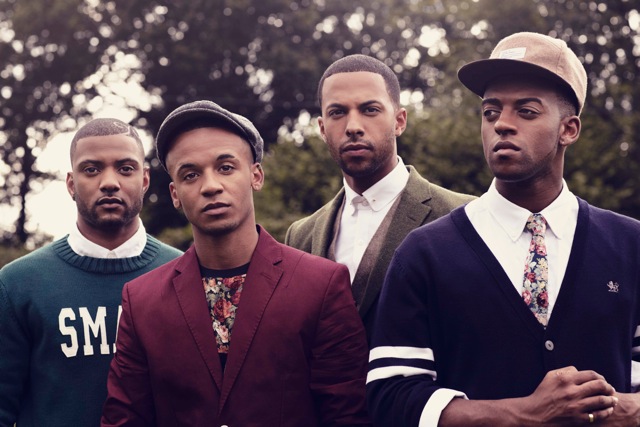 Following on from the success of their last three albums, and sales of 10 million records worldwide, JLS have now entered the usually complicated fourth album stage of their calling. The title track, ‘Hottest Girl In The World’ is the catchy groove where the lads tap the right notes with the ladies.

Filled with romanticism and Mr. Bangladesh production expertise, JLS recreates an upgrade of ‘Everybody In Love’, from their debit album.

Their infusion of Pop and RnB has also proved to be successful. The standouts on Evolution are ‘Have Your Way’, ‘Hold Me Down’, ‘Dessert’ and ‘Troublemaker’ feat Bebe O’ Hare who performs well over a rapid vibe.

JLS also shines their effortless falsetto on ‘I Like It,” where they revisit sounds from ‘Jukebox’. There’s no doubt DJs and dance floor enthusiasts will find these cuts pleasurable.

Their new musical edge along with the overall production offers a different side to the former X Factor phenomenons. Connecting their talent with producers Rodney Jerkins, TMS and James F. Reynolds, JLS, showcase a spectacular ending in the final standout track ‘Gotta Try It.’

Evolution is a collection of material that is brilliantly polished and executed. It also comes complete with previous JLS treasures and has more hits than misses, but it is to be acknowledged as very few albums are ever faultless.

Check out this exclusive acoustic of ‘Hold Me Down’, which is taken from ‘Evolution’ out November 5.