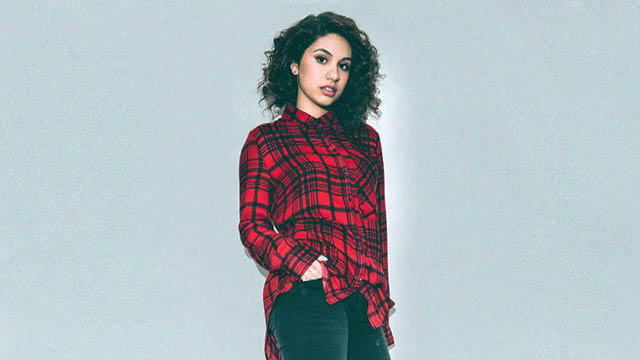 I sat down with Alessia Cara at the Dorsett Hotel in London last week and talked about her new album ‘KNOW-IT-ALL’ which is out tomorrow, the 11TH of March.

Alessia Cara is ready to take the world by storm; you can catch her in London on the 23rd of March at Brixton Electric.

Can you tell me about your album ‘Know-It-All’?

A – My album is called ‘Know It All’, it’s a sarcastic title, I obviously don’t think I know it all but often times when we grow up we tend to think that we know everything and figured everything out bur of course that’s not true. It’s an album about growing up and what it’s like.

Describe your album in 3 words?

Who influenced you growing up?

A- Many different people, I think artists wise I really looked up to Amy Winehouse and Pink. I know it’s not musical but my mum really influenced me. I have great parents that help me out a lot and I still look up to them.

There are a lot of solo artists around at the moment, what makes you stand out?

I think that as long as you are yourself, you’ll stand out. I know that sounds very cliché but I’m talking about specific moments in my life. You are bound to stand out when you talk about honest things in your life because everybody’s story is different, as much as we are all kind of the same at the same time no two stories are exactly alike.

I was so shocked when that happened because I think I was the only international act that was even considered so that was insane because I never thought I would be successful over here, coming second to Jack Garratt was incredible.

Is there any artist that you would like to collaborate with?

A- I love Troye Sivan, Drake, Frank Ocean and Ed Sheeran, I would love to work with them.

A- Of course I think the album is but right now I think my album and performing on stage with Taylor Swift are my two greatest achievements.

Your performing in London on 23rd of March, Do you have a ritual before going on stage?

Yeah, it’s kind of strange but my band and I, we just put our hands in the middle and shout the city we’re in.

There have been many embarrassing moments, I remember once when I started a song early, it as way off and I had to restart it. It was really embarrassing. I’ve also forgotten the words once; I just blanked completely.

Is there one place in the world you would love to tour?

I would love to tour Asia or Spain that would be amazing.

What’s the most important thing that you’ve learnt as an artist?

I think that you have to always give 1000% in everything you do; I’ve learnt that it’s such hard work and that nothing comes easy.

If you weren’t singing, what would you be doing now?

I would probably want to sing, if I weren’t an artist, I would be an inspiring artist.

Do you have any advice for people that want a career like yours?

I think always remember who you are because no one knows who you really are other than yourself. People around you in this industry can get very dog like and of course take other peoples advice but at the end of the day if you aren’t happy with something don’t ever do it because you just want fame or some kind of success because no amount of success will no amount to your happiness

What are you planes for the rest of the year?

It’s hard to say because you never know what’s going to happen but I think the only thing I have planned right now is touring and a lot of shows! It’s going to be a performing year for me, Hopefully creative mode next year!

Can we see you at any UK festivals this year?

A- Hopefully, I hope I get to do some.