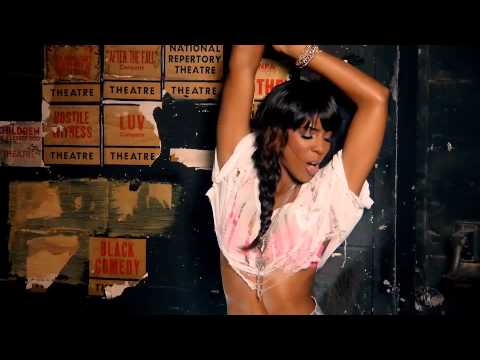 What happens when you mix Kelly Rowland’s soulful voice and Italian DJ Alex Guadino’s phenomenal skills on the decks? You get a track that is not only amazing, but an unlikely collaboration that is close to perfection. Flavour spoke to the top ten dj to find out what it was like to work with Ms Rowland herself and more…

What was the one thing that surprised you most about working with Kelly Rowland?
That she’s so fantastic – she is so simple, down to earth and at the same time so great. You’re on the same level [as her] whoever you are. She makes you feel like you’re a superstar [whether you are] or not.

What was she like in the studio, was she a diva?
No, not at all! She was fantastic to work with.

How did the collaboration with Kelly come about?
We made a backing track and then once we had the package we were looking for a singer. [We] got in touch with Kelly, she loved it and was great!

Now that you’ve worked with Kelly, who would you like to work with next?
Complete the Destiny’s Child team, so let’s go with Beyonce.

What things influenced the track?
Usually when we make the music and lay down beats, we listen to other records and for this we played so many. We put together the piano riff and thought ‘this is great, we can keep it’ and then it just went from there. We made it the same way we make all of my tracks – it’s a specific process.

What are the elements that make a great top ten hit?
I have the formula but I can’t tell you!

Is ‘What A Feeling’ typical of the tracks we can expect to hear from you?
We are working on the album and I’ve just finalised all the other tracks. We have other songs and big features but I can’t say too much. We really have some interesting songs, but I really don’t want to give too much away. I’m hoping it’s going to be released mid-end of July, or towards the end of summer.

What’s the one track that you can play at a gig that would have everyone on the dancefloor?
Maybe ‘I’m In love’ or ‘What A Feeling?!’

Did you always want to be a DJ?
Yes, I’ve always loved djing – ever since I was a teenager [in fact].

Did you always know that you’d be successful?
No, I didn’t – that’s not something I can answer.

Would you say you have the midas touch?
No, I don’t believe so. I’m just someone who tried to do what he likes – what I’ve always dreamed of so you can’t be happier than I am right now.

‘Alex Gaudino & Kelly Rowland What A Feeling is out now’