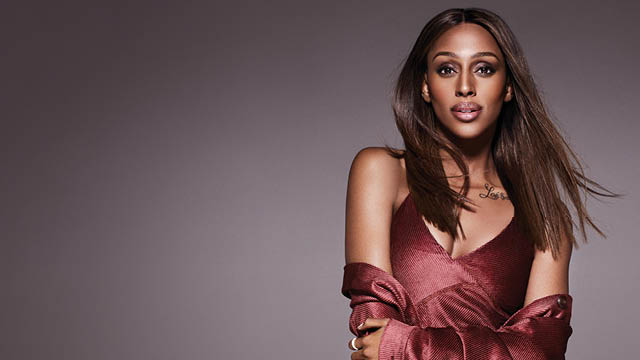 A decade after winning The X Factor, pop sensation Alexandra Burke today announces that she will be embarking on her ‘The Truth Is’ UK tour this autumn. Her first UK headline tour since 2010, ‘The Truth Is’ will see Alexandra take her infamous soulful voice on the road for a 13 date tour around the country throughout September 2018. Tickets go on sale Friday 26 January.

The tour – which follows the singer’s recent triumphant journey as a finalist on BBC One’s Strictly Come Dancing – kicks off on 1 September at Southend’s Cliffs Pavilion. Alexandra will then perform at major venues across the UK, including the iconic London Palladium, before finishing at Birmingham’s Symphony Hall on 18 September.

Alexandra will perform songs from her eagerly-anticipated new album ‘The Truth Is’ which is released by Decca on 9 March. The new album is Alexandra’s third studio record and features a host of original tracks showcasing her phenomenal voice and songwriting talent. Fans at the touring shows will enjoy these new songs, as well the No.1 smash hits including ‘Hallelujah’, ‘Bad Boys’ and many more.

I am delighted to be going back on the road again with brand new music from my album ‘The Truth is’. This album is incredibly personal to me, I have poured my heart and soul into this and it reflects the incredible journey I’ve been through – highs and lows, love and loss. I love meeting my fans in their hometowns so I can’t wait to see you all in September with my new show!

2018 marks 10 years since Alexandra won the fifth series of The X Factor, performing alongside Beyoncé in one of the most unforgettable moments in British TV history. Alexandra’s winner’s single, a cover of the late Leonard Cohen’s ‘Hallelujah’, holds the current European record for single sales over a period of 24 hours, selling 105,000 copies in just one day. The song also became the top-selling single of 2008 in the UK and the landed the coveted UK Christmas No.1 spot. By January 2009, the single had sold over one million copies in the UK alone – a first for a British female soloist. Her first album ‘Overcome’ debuted at No.1 in the UK Album Charts, with four No.1 singles on the UK Singles Chart and the Irish Singles Chart – ‘Hallelujah’, ‘Bad Boys’, selling over 780,000 in the UK and becoming a Platinum selling single, ‘All Night Long’ and ‘Start Without You’. One of the most successful alums of that year, ‘Overcome’ earned her three BRIT Award nominations as well as thousands of loyal fans across the world.

In 2014, Alexandra made her West End debut starring as Rachel Marron in the highly acclaimed musical, The Bodyguard. In 2016, she took the lead role of Deloris van Cartier in the musical Sister Act, which toured the UK and received 5-star reviews across the country. Alexandra is currently performing with her Strictly dance partner Gorka Marquez on the Strictly Come Dancing Live UK Arena tour, which runs until 11 February.

The Truth Is – UK Tour