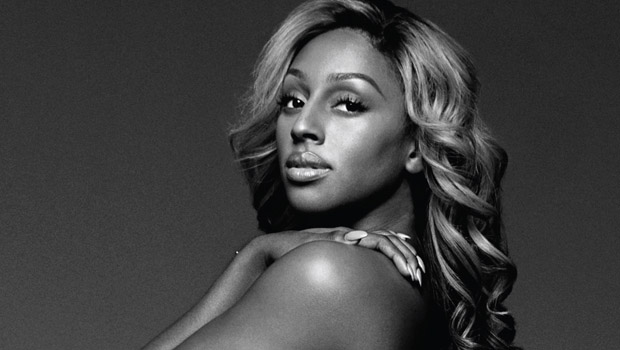 The 25-year-old tattoos of a dove and roman numerals can be made out on the side of her body, as well as the silhouette of her rock hard abs.

Despite looking confident in the photograph, the X Factor 2008 winner admitted that she was nervous about taking her clothes off for the shoot.

She says: “I was nervous about posing nude as I’ve never done it before. It was uncomfortable initially, but the photographer made me feel relaxed and at ease. Ultimately I love my body, so it was great to do something for such a worthwhile cause.

When I found out what happens to animals on fur farms my heart just sank. I have animals and the thought of someone hurting them so they can be turned into a coat makes me sick. Anyone thinking about buying or wearing fur should watch PETA’s videos of animals suffering on fur farms – after seeing them, I can’t imagine anyone would want to be caught dead in fur.”