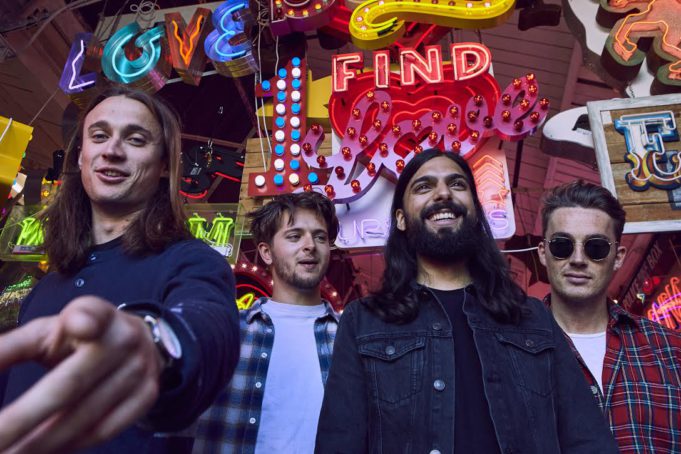 Injected with a soulful, funk edge, the track is a feel-good anthem following on from the successful release of their debut EP ‘Squire’ back in 2016, leading to positive reviews from BBC Radio 1’s Huw Stephens, and Radio X’s John Kennedy.

Comprising of Brendan Aherne (vocals), Sam Privett (lead guitar), Kalyan Rogers (bass) and Fabio Bocca (drums), Alexis Kings offer a fusion of old-school funk and soul top a solid rock n roll base in their newest single Velvet. Following their distinctive melody driven guitar sound, Alexis Kings have made themselves known on the London live circuit over the years, selling out crowds at Barfly in Camden and recently broadening their live shows to cities across Asia and the US.

With a debut album on the horizon for later this year, Velvet sets the tone for what to expect. Taking aspects of each members influence and fusing each style to create a sound distinctive to Alexis Kings, the single flaunts poetic and a confident lead line reflecting influence from Red Hot Chilli Peppers and Tom Misch. Produced by Ian Dowling (Bombay Bicycle Club, Chapel Club), Velvet features a strong foundation of funk flavoured bass and steady drumbeat, making it an anthemic single to match previous releases and releases yet to come.

Velvet is set to be followed by an accompanying video with special feature from Old Men Grooving of Britain’s Got Talent. The audio will be available to stream and download from all major media providers from Friday 3rd August.