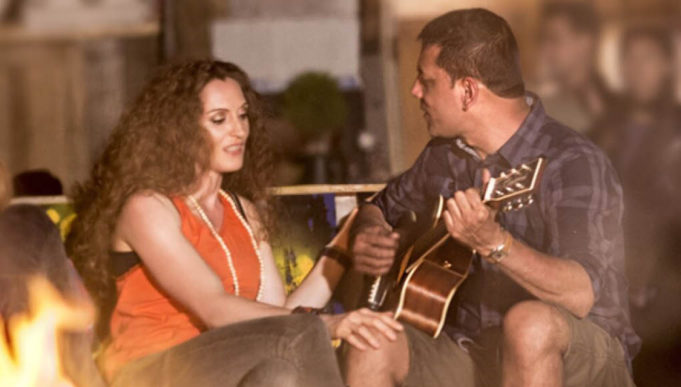 Ali Jacko’s first single of 2018 – released on the 31st of January – is a frank declaration of love, written during a self-confessed “bad patch” he now finds himself married and with a 5-month-old daughter. I Found LOVE is a genuine American Rock ballad taking influences from the likes of Michael Bolton and Jon Bon Jovi whilst drawing comparisons with Nickelback. With 10 more singles planned for 2018 and one to be released every month until November Jacko is nothing but passionate and determined.

The Five-time World Kickboxing Champion turned compassionate songwriter is a story frequently avoided by Hollywood, but Ali Jacko’s dedication to his individual crafts are returning results. Jacko is a self-proclaimed ordinary Bangladeshi who followed his ever-evolving dreams, which included winning the sold-out World FC Kickboxing Championship final in front of a fan, friend and Bollywood star Salman Khan in 1996. All this before he turned his attention to writing music.

He believes music should touch people’s hearts and with this new music video featuring his wife and a mixture of professional shots and home video recordings he is emphasizing all the right emotions. It was filmed to commemorate the most romantic day of the year; Valentine’s Day. The video hits all the right notes with cliché shots of a sing-along around a campfire and cooking in a dimly lit kitchen accentuating the love that was the inspiration behind the track. Website