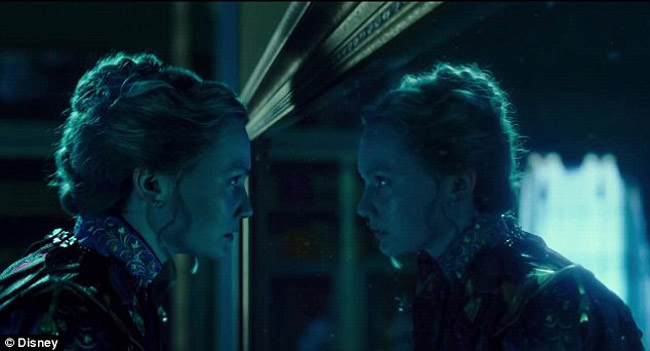 Back in 2010, the zany Tim Burton brought us the first dose in fantastical childhood literally madness to the big screen with Alice in Wonderland, with an exceptionally colourful and otherworldly imagery and personalities and even though it’s box office figures impressed the movie didn’t.

Now in 2016, the next chapter in this story, Alice through the Looking Glass, arrives on our doorsteps for afternoon tea with a brand new director in James Bobin, creative partner of Sacha Baron Cohen – who just so happens to pop up in this film. Bobin is the new face for this sequel but what remain are the same old faces from the first even if its main pulling attraction – Johnny Depp as the Madhatter – seems to have a minimal amount of screen time and dialogue. We join this somewhat mediocre journey with Alice – played with gusto by Mia Wasikowska – Captain of her own ship and battling the high seas. On her return home she finds her mother has fallen into a trap concerning their home and her beloved ship. However, not before too long Alice discovers the looking glass which propels her back to the magical Wonderland to find the Madhatter haunted by his past and the loss of his parents and on the verge of losing his will to live.

In order to save the life of her dear friend, Alice embarks on a journey, one which relies heavily on on Time himself – played by a somewhat German sounding Sacha Baron Cohen with piercing blue eyes – Her quest to obtain the chronosphere to travel back in time to investigate the truth of the disappearance of the Hatter’s Family. The majority of the film is a chase through different periods of time with Time himself in hot pursuit of Alice to get the chronosphere back before the whole world turns to dust. We have the same old faces in Helena Bonham Carter, Anne Hathaway, Depp, Matt Lucas and the like but joining the visual madness is Rhys Ifans as Zanik Hightopp the hatters father. A large amount of the screen time, however, goes to Alice and Time edging out any real dialogue for the film’s big stars. Cohen is funny as well as insanely godlike which emanates from his oversized ego quite easily making him the stand out of a pretty average offering.

Visually, again Alice through the Looking Glass is stunning – however the need for 3D is not demonstrated well. As for Time’s little imbecilic helpers, they have a slight resemblance to the 1985 Return to Oz’s Tik Tok, the whole feel of this Alice is a huge throwback and we can’t help thinking that Bobbin took his inspiration from this film.

Alice Through The Looking Glass is out in Cinemas May 27.