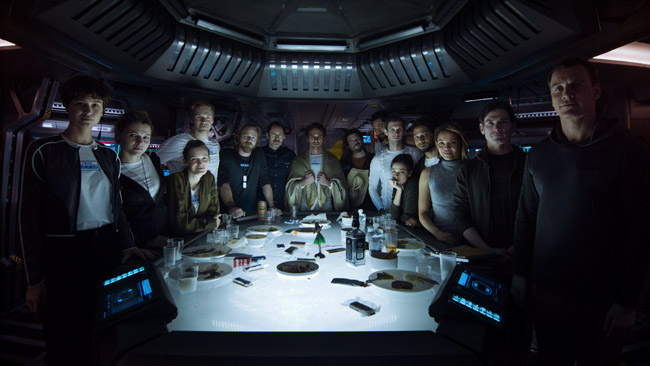 Today marks the day we get our first clip and look at the whole crew from Ridley Scott’s Alien: Covenant.

Only two days ago, the first photo of all the crew together was released with the announcement of an exclusive to be aired during tonight’s episode of Legion on FX, with the crew all smiles, some would say the quiet before the storm.

“Ridley Scott returns to the universe he created in Alien with Alien: Covenant, the second chapter in a prequel trilogy that began with Prometheus – and connects directly to Scott’s 1979 seminal work of science fiction.

“Bound for a remote planet on the far side of the galaxy, the crew of the colony ship Covenant discovers what they think is an uncharted paradise, but is actually a dark, dangerous world — whose sole inhabitant is the “synthetic” David (Michael Fassbender), survivor of the doomed Prometheus expedition.”

Alien: Covenant comes to cinema’s and Imax in May