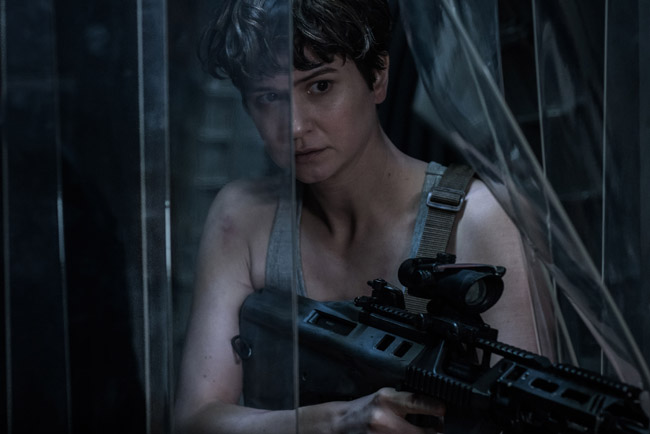 We should have all guessed that the trailer for Ridley Scott’s upcoming Alien: Covenant would drop on Christmas Day while all were sleeping.

And that’s exactly what it did, 20th Century Fox has followed in the footsteps of last years Deadpool trailer drop and released the highly anticipated trailer at 6am this morning. Be prepared as this one isn’t for the faint-hearted, in true Alien style the trailer sucks you in with it’s clean and stylish views only to tease with a couple of gory scenes to get the blood pumping…quite literally! Alien: Covenant could be seen as a sequel to Prometheus as we see Michael Fassbender standing all alone on the eery planet as the crew of Covenant makes its way to the planet which they assume is an undiscovered Paradise but, oh, they soon find out exactly how wrong they were. Directed by Ridley Scott and starring Michael Fassbender, who is returning to the role as David from Prometheus, Katherine Waterson as Daniels and Noomi Rapace as Elizabeth Show.