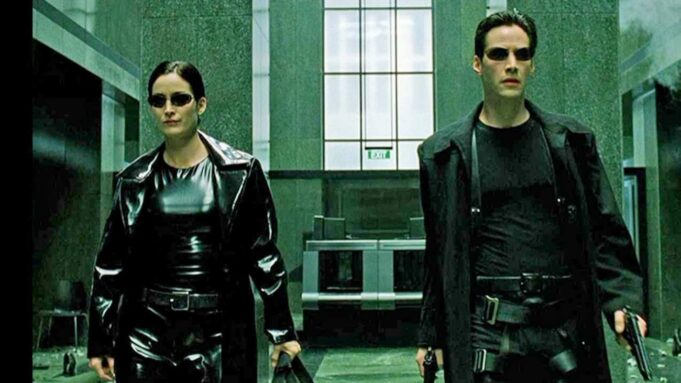 It’s hard to believe that it is now over 20 years since the first Matrix movie was released. But it looks like we are going to get another chance to head back into this dystopian future as there is another Matrix movie in the pipeline.

This is excellent news as the two previous Matrix sequels – The Matrix Reloaded and The Matrix Revolutions – suffered from some somewhat mixed critical receptions. But if anything the influence of this sci-fi movie series only grown over the years.

We’ve seen everything from the Animatrix animated TV shows and numerous comic books created by the movie’s concept artist Geof Darrow. There have also been several quality Matrix video games over the past few years, where fans got the chance to relive the unforgettable world and atmosphere of the movies.

These have included the Enter The Matrix video game that clocked up sales of $162 million, and up until recently, the franchise hit the online casino world with The Matrix slot game, that has been receiving some positive reviews on the best slots in the UK lately. This is a real testament to the sheer versatility of the franchise. All of which will be boosting expectations about what we can expect from Matrix 4.

When is Matrix 4 out and why has it taken so long?

Seeing as the last Matrix film earned a tidy $427 million in box office revenues, it might be surprising that there hasn’t been another movie in this series in 17 years. However, given the mixed reviews of Matrix Revolutions, it seems that the Wachowskis were pretty unwilling to get involved in another lacklustre sequel.

So it was something of a shock to read that Warner Bros were announcing that the fourth movie in the Matrix series was in production and was scheduled for a global release on 21 May 2021. This is especially so as series director Lilly Wachowski said that the idea of returning to The Matrix was a ‘particularly repelling idea’, as recently as 2015.

However, the plans for a spring 2021 release date have been thrown into jeopardy. Like many other Hollywood movies, the filming of Matrix 4 was abruptly postponed in February 2020 as a result of the coronavirus pandemic. The movie had already completed shooting in San Francisco, but with filming in Berlin halted, it means that Matrix fans might have to wait a little longer to revisit this much-loved sci-fi franchise.

Who will be in the next Matrix film?

You can all breathe a big sigh of relief as it looks like Matrix 4 will see Keanu Reeves returning to the role of Neo. Reeves has had a pretty chequered career with hits like John Wick Chapter 2 being balanced out by sci-fi duds such as Replicas. So it’s great news to find that he’ll be back in The Matrix alongside other stars from the franchise like Carrie-Anne Moss returning as Trinity, as well as Jada Pinkett Smith as Niobe.

However, it looks like Laurence Fishburne won’t be reprising his iconic role as Morpheus in the new Matrix movie. No explanation has yet been given for Fishburne’s absence. Still, seeing as Lana Wachowski will direct the film, it’s expected to be another solid continuation of the sci-fi series.

What will Matrix 4 be about?

So far, details are pretty scarce about the plotlines of The Matrix 4. But there are reports that the new Matrix movie could feature a young Morpheus. This is because the 33-year old actor Yahya Abdul-Mateen II has reportedly been cast in the role.

As a result, we can expect anything from plenty of flashbacks to even time travel in The Matrix 4. The internet is already awash with rumours and complicated theories about what could feature in this film.

Some people are insisting that the film will inhabit the same universe as the John Wick series, while others are predicting that Keanu Reeves will return to play a villain in the movie. But one thing’s for sure, and that’s that it’s going to be great to get back into this nightmarish vision of the future.