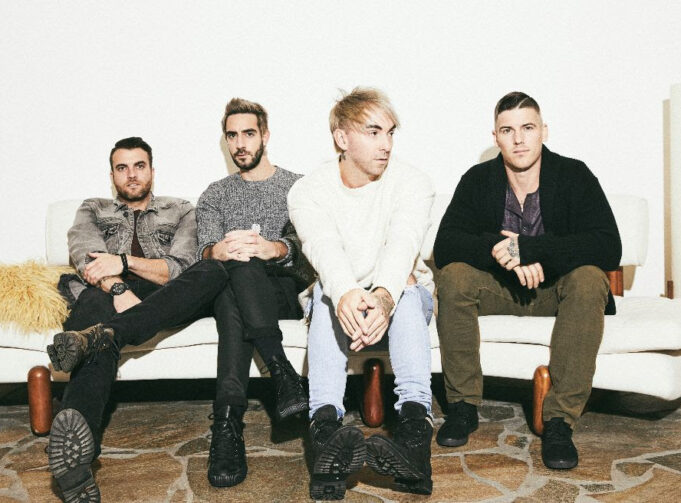 After a short break, All Time Low celebrated the announcement of their highly anticipated new album ‘Wake Up, Sunshine‘  with an intimate show at London’s iconic music venue, The Garage

On a windy Friday morning, pop-punk enthusiasts began queuing up as early as 6 AM in order to secure that prized front row spot.  That evening, Alex Gaskarth [vocals, guitar], Jack Barakat [guitar, vocals], Zack Merrick [bass, vocals], and Rian Dawson [drums] took to the stage at The Garage in Islington, North London.

Filled from front to back, the crowd was roaring with energy and screams that could probably be heard in Mars. It’s been a long time since UK fans have experienced such an intimate performance from a band that’s a household name in pop-punk.

From performing new music to fan favourites such as ‘Dear Maria, Count Me In’, All Time Low certainly did not disappoint but that’s not a surprise. There’s a reason why they’ve been incredibly popular for nearly two decades and they don’t seem to be slowing down any time soon.

Wake Up, Sunshine is due for release on April 3rd via Fueled By Ramen and is available for pre-order now HERE. Fans who pre-order the album will receive instant downloads of ‘Sleeping In’ and lead single ‘Some Kind Of Disaster‘.

Talking about their new music, Alex said “We got back to how we started. It had been a long time since the four of us made a record under one roof. That became a central theme. We’ve been a band for 17 years. Everybody brought something to the table. A lot of what you’re hearing came from those magic moments together.”

Missed the show? Not to worry, All Time Low will be back later this year including a set at the unmissable Reading and Leeds Festival in August.