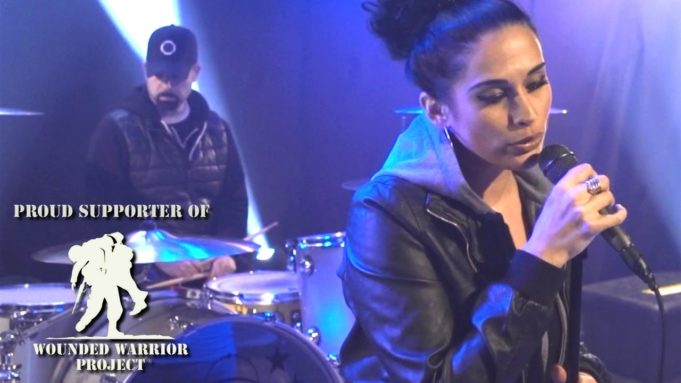 Alternative Pop/Rock Duo BREAKERBOX is proud to announce that they have teamed with National Charity Wounded Warrior Project to release a tribute Music Video featuring their new single “Miss You” honoring U.S. Soldiers & their families.

Premiering World Wide on Youtube & VEVO Friday March 17th; “Miss You” will also be available that day for download purchase and streaming on all digital retailers including iTunes & Spotify.

Born out of Buffalo, NY BREAKERBOX is the writing & production team of Christina DeNee‘ & Scott Calandra. Being described as the missing link between the Pop sound of artists like Sia, Lady Gaga & Pink and of Hard Rock acts such as Halestorm, Dorothy & The Pretty Reckless. With powerful soulful vocals and a synth infused Pop/Rock sound the duo have been busy making a name for themselves in the Music Industry with their entrepreneurial work ethic and engaging live performances.

Collaborating again with Los Angeles based Engineer/Producer Chris Baseford; ( Nickelback/Shinedown), “Miss You” was mixed by BREAKERBOX’s own Scott Calandra and Mastered by Grammy Award Winner Joe Palmaccio (Michael Jackson/Alicia Keys) and will be released on March 17th on the duo’s own label “Focus Music Development” prior to select national performances through out the Spring & Summer of 2017.