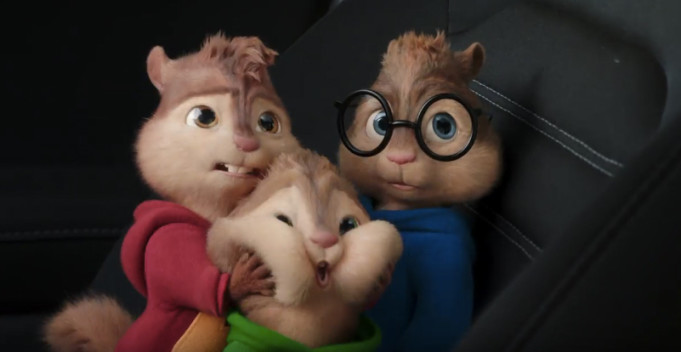 Alvin and his cute furry brothers are back for another mischief filled journey of misunderstandings and mishaps in Alvin and the Chipmunks: The Road Chip, but what we once loved about this all singing, all dancing little creatures may just be the thing that turns us all away as the lack of entertainment value really starts to grate on the nerves.

When the Chipettes are allowed to leave home and make a name for themselves as Judges on American Idol, Alvin, Simon and Theodore have been ordered off the performing circuit by Dave for some well-needed rest and relaxation the boys feel a little hard done by. Then they get to meet Dave’s new Girlfriend, Samantha (Kimberly Williams-Paisley) who they adore, her son, on the other hand, a very cute and obnoxious Matt (Josh Green) does nothing but bully the boys just for kicks. But when Dave tells them he is taking Samantha away for a few days to Miami and they find an engagement ring, The furry little creatures get it into their heads that he will abandon them, worst still that they could be lumbered with the stepbrother from hell.  Left in Matt’s care, they hatch a plan to travel to Miami to stop Dave from proposing with the help of Matt who equally doesn’t want these three as his brothers.

What comes next is possible the most predictable part of the storyline, the boys get put on the no-fly list after they cause havoc on a flight, grounding the plane. The air marshal has his own personal vendetta against the Chipmunks and proceeds to follow them across the country in order to take them down. One thing that confuses the state of affairs come the ending of the film is he completely drops off the radar leaving this part of the story unfinished. This is just pure laziness on the part of the scriptwriters, hoping no one would notice. Inevitable, as they journey across the country together on their Road Chip, Matt, Alvin and the boys start to bond, sealing that bond with a performance at the Jazz Festival in New Orleans where they perform ‘Uptown Funk’ to raise money for the rest the journey, but also, their little performance makes the news which Dave and Samantha simply couldn’t miss. It then turns out the boys got it wrong about the proposal, end up saving Matt’s life and they all live happily ever after.

One scene that will tug on the heart strings is one that is completely random and seems to have just been stuck onto the end just for good measure when Dave finally takes the boys to get them legally adopted, to their absolute joy.

Alvin And The Chipmunks: The Road Chip is out in UK Cinemas 12th February