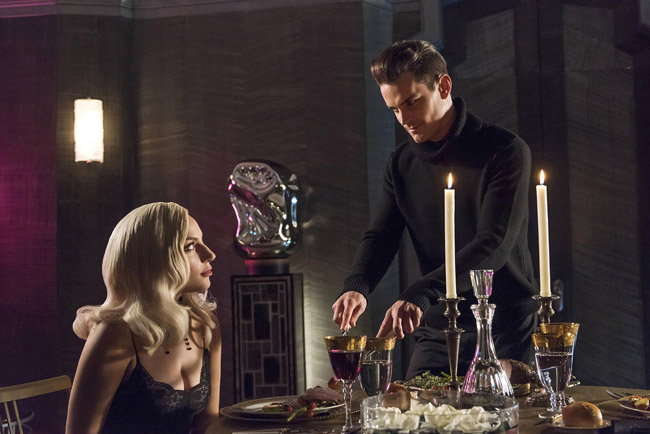 To celebrate the home entertainment release of AMERICAN HORROR STORY: HOTEL which is available on Blu-ray™ & DVD from 3rd October courtesy of Twentieth Century Fox Home Entertainment we have two exclusive featurettes to share.

The first featurette covers the Breeding Ground of Evil – A behind-the-scenes look at why Brad Falchuk and Ryan Murphy decided on Hotel’s themes with comments from Matt Bomer and Sarah Paulson.

The second featurette features Miss Evers – with a deeper look into the depraved murderess and her unfortunate back story.

In to the fifth season of the deliciously diabolical series from creators Ryan Murphy and Brad Falchuk, starring a killer cast that includes Lady Gaga — in her Golden Globe® – winning role as The Countess — along with Kathy Bates, Angela Bassett, Matt Bomer, Denis O’Hare and Sarah Paulson, A string of grisly murders is traced back to the sinister, sensuous Countess (Gaga), an infamous resident of the stylish Hotel Cortez in downtown Los Angeles. Follow The Countess and her child underlings as she tries to protect herself, and her ‘children’, from the fury of her past lover that seeks revenge on her. But, her hotel hideaway is disturbed as John Lowe, a Los Angeles homicide detective on the hunt for a disturbed mass murderer, moves into Hotel Cortez.