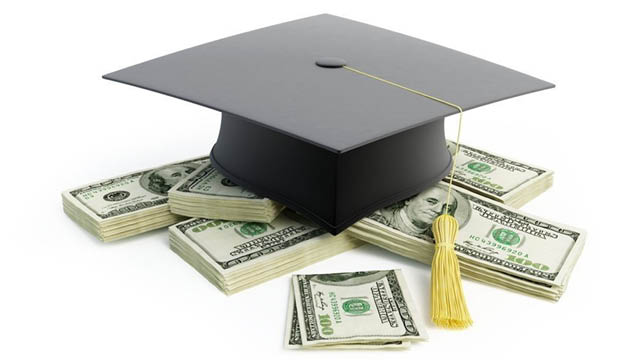 When it comes to the cost of higher education, the United States has long endured a reputation for having some of the priciest enrolment fees in the world.

With prestigious schools such as Harvard, Stanford and the Massachusetts Institute of Technology (MIT) charging fees in excess of $45,000 for a single year (roughly £30,000), it’s easy to see why many people regard American universities as the most expensive all over the globe.

However, those figures don’t tell the whole story. Rising fees in the UK, a greater variance in cost across the US and calls from the Democratic Party to bring down tuition fees (or abolish them altogether, if you’re a Bernie Sanders supporter) have meant that the gap between British and American tuition costs is smaller than ever. Here’s a closer look at some of the most relevant aspects of the ever-narrowing divide.

Since coming into power as part of the coalition in 2010, David Cameron has raised the maximum cap on tuition fees to £9,000 per year, which the majority of English universities now charge. This year’s Queen’s Speech in May announced that that cap was set to rise even higher, despite the simultaneous emergence of a letter written by George Osborne in 2003, promising to abolish fees should the Tories be elected. Students fear this latest announcement will lead to spiralling levels of debt, while sceptics say it is nothing more than a ‘Trojan Horse’ paving the way for the removal of the cap altogether.

On the other hand, the real cost of university in England differs greatly from other parts of the UK. In Scotland, native students can study for free, while in Northern Ireland and Wales, the average annual fees are considerably lower than their English counterparts. Meanwhile, south of the border there is encouraging news in the shape of online fee reductions, allowing students to obtain a degree at a reduced price by carrying out part of their assignments online.

A wide range of pricing in the States

Although the figures cited above for the cream of the US university scene might seem almost obscene in their price, they only represent a very small percentage of American institutes. For example, the University of California Los Angeles (UCLA) still ranks among the top 20 universities in the world, but charges $13,251 per year on average, which works out to just over £9,000 – a far closer figure to almost all of England’s universities but with the prestige and quality of one of the best globally.

Elsewhere, American university fees can actually be significantly lower. Taken as a national average, the annual price of tuition in the States is just $9,410, or £6,420. That is a great deal cheaper than the English average, which is approximately £8,810.

Furthermore, the US inflated prices often include accommodation and board which add a significant expense onto British prices. As such, a typical American university could even represent greater value than a British one.

Moving in opposite directions

As mentioned above, the Conservative government has signalled its intention to raise university fees according to a higher quality of student experience. While this spells greater costs for students on this side of the pond, things appear to be moving in the opposite direction across the Atlantic. At present, student debt is above the trillion dollar mark – a practice which the Democrats argue is unsustainable.

With Donald Trump likely to be bested by Hilary Clinton in the race for the next president of the States, her “New College Compact” is set to be a key part of her policies. Her rival for the Democratic nomination, Bernie Sanders, had pledged to abolish fees altogether, arguing that if Germany can manage it, there is no reason why America couldn’t as well. While Clinton is unlikely to go as far as that, it seems certain that the divide between American and British (or at least English, at any rate) university costs is going to narrow even further in the coming years.