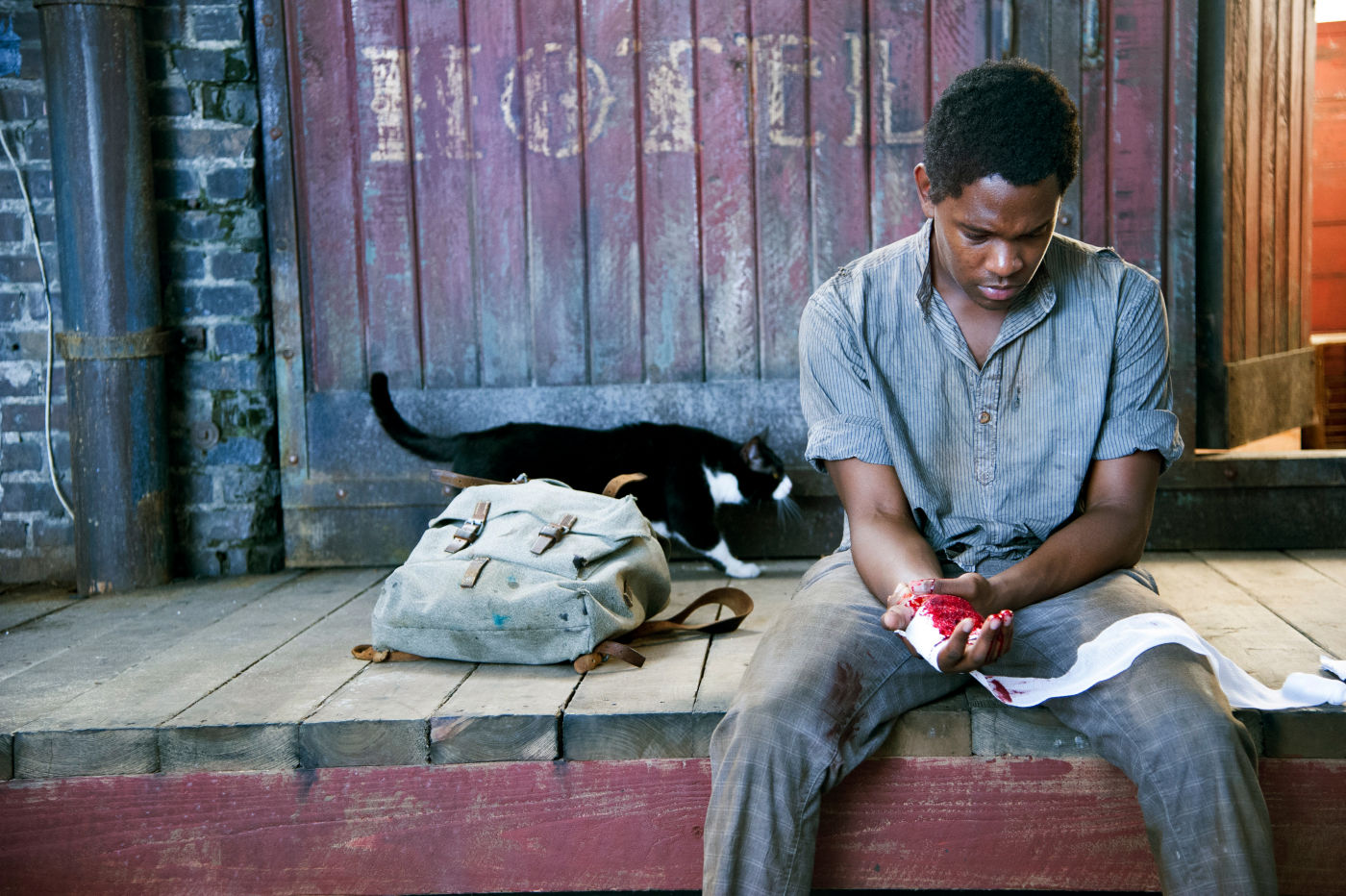 It would be difficult for a little known British actor to measure up to Hollywood’s Forest Whitaker. But Aml Ameen, who is 5ft 7, was more concerned about being towered over. In his latest film, The Butler, he made sure he fitted “into the art work.” Based on a true story, the film recounts the life of Cecil Gains, a White House butler who served eight American presidents over three decades. Ameen’s part is a small, but memorable, one: portraying the younger version of the title character, played by Oscar winner Forest Whitaker. “The Butler is probably the experience of my career so far,” he gleefully shares. The North London-born, LA-based actor earned his stripes for his lead role in ITV’s police drama The Bill, and in urban thriller Kidulthood. Chances are, the 28-year-old’s profile will now increase significantly. He stars alongside Vanessa Redgrave, Oprah Winfrey, Robin Williams, David Oyelowo, Lenny Kravitz, and John Cusack in the Lee Daniels’ performance-packed historical drama. The film, which has already topped the US box office, has been met with widespread acclaim, and whispers of Oscar nominations have even begun to surface.

You play a younger version of the main character Cecile Gains, whose story gives an account of his life as a butler in the White House. What did you learn about him?

It was interesting for me to learn about the story of Eugene Allen, the real-life butler, who the movie is actually based on. What I learned about the role and the history of him serving in the White House is that he and, the other butlers were one of the first to show white people at the time that we were all alike. I’m from the Caribbean and my grandparents came to Britain and had to work their way up, so I believe that hard work, self-respect, dignity and diligence can take you a long way. But the juxtaposition is that his son Louis, played by David Oyelowo does not feel that he can do that. So he starts fighting on a ground level before joining The Black Panthers and then working with Martin Luther King. To me, the film is a beautiful family story of struggle and triumph. It’s about a family arriving to a place of understanding and realising that they are all fighting the same cause but in a different way.

There are eight presidents portrayed in the movie, and they all at some point confide in the butler. Why do you think he was so special?

When you’re working with someone who is serving you, that person gets to see all of your different traits, which means you kind of develop an intimate bond. You begin to confide in that person as they are in a position to listen. I think when you’re in a position of “power” you tend to confide in those who will to what you have to say. For example, when we go to the barber shop, I think in some way that can be a form of therapy for a lot of people.

Your character Young Cecil spent a great deal of time on-screen opposite Vanessa Redgrave, who seemed to have brought out the actor in you. What was she like to work with?

Vanessa is really cool. She is very relaxed and fun. The two actors I also learned a lot from in the film with was Clarence Williams III, the guy who taught Cecil how to become a butler. His stillness and depth as an actor is incredible. Forrest and I also worked in stringing together our characters. When I watched him back in the film, he delivered a very true and authentic performance. The Butler is probably the experience of my career so far. I think being in the presence of so many successful actors was also a great experience. There are about eight or nine Academy Award winners in the film, and I think that speaks for itself.

What was the atmosphere like between you and Forrest Whittaker? You shared the same character with him, but I imagine, given the gravity of the story, it might have been quite intense. What’s he like when the cameras stopped rolling?

He is the loveliest man I have ever met in my life, and a very nice person, too. I remember sitting with him in his trailer and going through things relating to our characters, and just seeing how really humbled he is. We spoke about placing pain within our bodies, especially in scenes relating to the death of Cecile’s mother and father. He is such a brilliant actor. I swear I have never met anybody as humble as him. He is like a walking Buddha. How do you take a character like Cecile from script to screen and make it your own?

I started my journey on a plantation in New Orleans, where most of my scenes took place. When we were shooting it was in the middle of July, and it was bleeding hot. I find that I sometimes like to work by imagining scenarios, which is something I did to get deep into this role. I spent a lot of time imagining the conditions his parents went through, but I also trusted Lee, the director, and did more than trying to make it my own. It’s not one of those films where you’re saying, ‘Hey, look at me.’ It’s about trying to fit into the art work. I think this film will touch and move a lot of people.

How do you maintain your concentration when there are so many established names such as Oprah Winfrey, Mariah Carey, Cuba Gooding Jr., Jane Fonda and Robin Williams on the same set? Did you have to bring your “A-game”?

I’m a North London boy, I have been working my ass off for many years and suddenly I find myself in the midst of these people, as you can imagine there is a bit of pressure to make sure I deliver in the right form. But Lee Daniels was the captain of the ship and he always took charge, which was humbling for everyone involved. In the movie, Mariah Carey plays my mother and because of that we got to know each other. It’s important to talk with people who you’re working with because through the connection you share, you become friends while on set. But, of course, the nerves do eventually disappear because the character that I’m portraying becomes my main focus.

The multi narrative of Cecile’s experience of the civil rights movement and his personal struggle was equally momentous and heartbreaking. How much input did you have in the role?

You always tend to bring your own interpretation and in doing so, I’m bringing my energy and spirit to the project. But in terms of the script, I loved the fact that Lee Daniels allowed us to empathise. I think I brought a sense of real stillness to the character and the fear of not wanting to mess up. My favourite moment in the film which was later duplicated by Forrest was when I was holding a tray whilst serving by the pool and literally sweating. I was stood out in the sun for over twenty minutes without moving. It was a really powerful moment.

How does the experience differ when there is such a buzz surrounding a film?

I mean, I’ve been a part of a few films that have received a great deal of attention, but this is up there. The Butler is an independent project that was not meant to make $130 million at the American box office, but if it does win an Oscar I’ll forever be happy. What do you think are your greatest strengths as a performer?

Just finding the truth within a character, I suppose.

Every character you’ve taken on has been distinctive. What factors go into choosing a role besides a good script?

When I read the script for Kidulthood I said to myself, ‘I must be apart of this,’ and it was the same response when I read the script for The Butler. If I have the urgency to be involved in a film then I know it’s something I should put my best efforts into. I’m in a place in my life where if something doesn’t inspire me then I won’t do it, and that’s one of the reasons why I left the UK. The material in my demographic was not inspiring me, so I had to get away and find other things that would motivate me.

‘The Butler’ is now out in UK cinemas now.