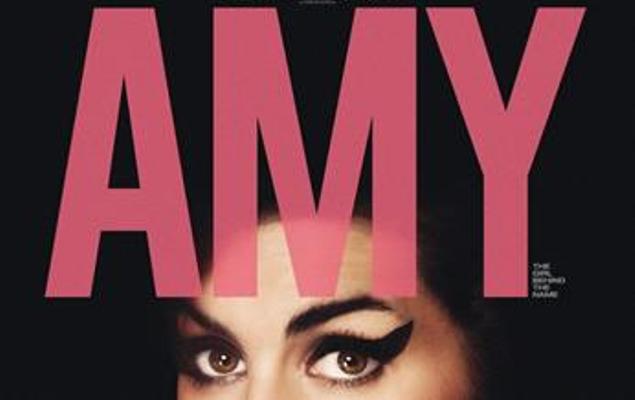 It’s always touch and go with Music documentaries, especially when they delve deep into the troubled life of our musical icons. Anyone brave enough to tackle the story of Amy Winehouse and do it justice deserves a big round of applause.

AMY tells the incredible story of six-time Grammy-winner Amy Winehouse – in her own words. Featuring extensive unseen archive footage and previously unheard tracks, this strikingly modern, moving and vital film shines a light on the world we live in, in a way that very few can.

The film starts with Amy in her teenage years doing exactly what all teenagers should do, being goofy with her closest friends.  All shot with personal home footage, makes this feel so personal, we get to see Amy at her most relaxed. Amy wasn’t always such a troubled soul, even if we do find out she suffered from depression from an early age, she was always real and was full of humour. This is just the beginning and first half of the film. An upbeat honest raw look at what made her a star.

Then we approach the second half of the film and it all takes a highly emotional and dark turn as we witness exactly how Amy hits the self destruct button with her obsessive personality. Her highly toxic and very public relationship with Blake Felder is retold leaving a bitter taste in the mouth, her relationship with her parents shows how she adored them but there were moments when they didn’t always put her best interest’s first. It’s not hard to see way her father, Mitch Winehouse, is so against this documentary on his beloved daughter.

Amy certainly had an enormous talent that is so lacking in many of our artists today, her enormous gift shines even brighter in the rare personal footage we witness of her performing live in her early years with songs we have never heard before to the amazing work she produced from her album Frank, you see how Amy really sung and wrote from deep down in her soul and used her life experiences in her lyrics.

The refreshing part of this documentary is that it doesn’t follow your typical format, instead of having her friends, including Juliette Ashby and Tyler James, and family appear on screen we just hear their voices as they narrate certain periods of her life.At two hours long AMY is certainly a tough watch and maybe just a little too long, it’s a candid and sombre look at Amy’s short life and brilliant talent. I defy anyone not to come out of this film feeling quite broken and in need of a good hug. A must see for any music.

Directed by Asif Kapadia, who directed Senna, this was always going to be a brilliant insight into the life of such an icon but tt two hours long AMY is certainly a tough watch and maybe just a little too long, it’s a candid, powerful and sombre look at Amy’s short life and brilliant talent. I defy anyone not to come out of this film feeling quite broken and in need of a good hug. A must see for any music.