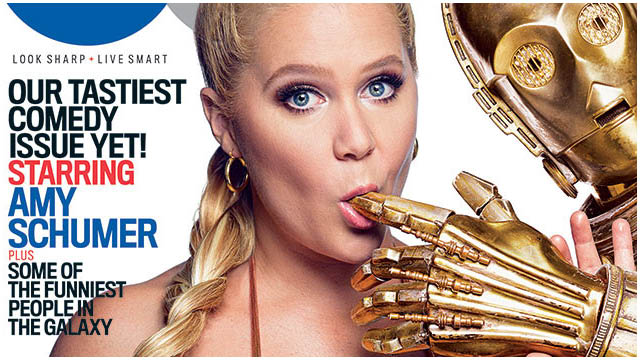 The full interview will be released on Monday but in the meantime you can see the images from the photo shoot captured by Mark Seliger, which have now been released on the website.

In the feature, Amy poses with popular ‘Star Wars’ characters including Chewbacca, C-3PO and R2-D2. We also see Amy doing a tongue-in-cheek (or should we say light saber in cheek) pose with a light saber. Do you remember when Amy ripped into Charlie Sheen on Roast Of Charlie Sheen. Turning to Jackass star Steve-O, she said, “I’m sorry for the loss of your friend Ryan Dunn [who died in a car accident three months prior]. I know you were thinking, ‘It could have been me,’ and I know we were all thinking, ‘Why wasn’t it?'”

Enjoy the images below.