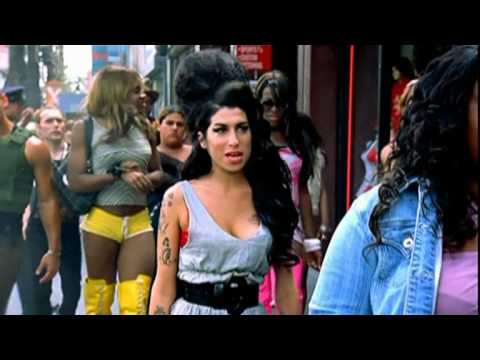 On August 31st 2008, I wrote an in depth and emotional Tribute article on America’s number one website for soul and R&B music SoulTracks.com, about the life and music of Amy Winehouse. Now in 2010, I regret paying a Tribute to her because you could question that a Tribute means for someone who is “dead”. At the time I hadn’t thought of how Tribute might be interpreted by the reader but I solely meant that Amy is my idol. Amy Winehouse was going through a turbulent time, a tragedy, from jazz princess to Camden pub-crawler. Often seen in the press as a drunk or high on drugs, her brilliant talent was fading.

Regardless, her legendary music surpassed all the struggles Amy Winehouse faced, spiritually her music in one way or another connected us all to her. Yes, Amy did decide to sign a major record deal at the tender age of nineteen to the iconic Island Records. Somehow it appears that her complex family relationships and her relations with her boyfriends have seemed to cause Amy to be catapulted ino a free falling lifestyle from 2006 to 2010. Even though, her family were uncomfortable about it, they knew she was smoking roll ups during the release of her platinum selling debut album Frank in 2003 but doing A class drugs is certainly an entire case all on its own. (Left: Amy at Mark Ronson’s gig at the 100 Club in Oxford Street London this year.)

Frank was the sexually confident debut album from Amy Winehouse released on Island Records 20th October 2003 and was a Ivor Novello Award nominated album. It wasn’t released in the United States until 20th November 2007, but it was soon nominated for two BRIT Awards and was short-listed for the Mercury Music Prize, where the young and healthy Amy performed Take The Box in 2004. The title is a funny name for a debut album as it has lots of unusual meanings firstly it is referring to her dog (see front cover) Frank, and that the word Frank means honest, brutal, and real. It is also paying tribute to her father’s favourite Jazz singer Frank Sinatra (Frank). The producer involved in Frank was American Miami based producer Salaam Remi, who’s famous for producing The Fugees debut album The Score. It has a hip-hop attitude and does not fit into what the critics were saying such as a similar record to Jamie Cullum’s and Katie Melua’s.

Known to the world as one of UK’s best soul and jazz singers, she is none other than Amy Winehouse. Her life fascinates us all and her music makes the world stop and listen. Amy has only been on this earth for twenty-six years, she has survived two near deaths, drug addiction, alcohol abuse, and mental health problems. Many are left in doubt as to if “Our Amy” will bring out a third album. Over the last five years of her prolific music career she has made headline news and is history in the making. Whilst this article purposely sets out to resurrect my Amy Winehouse Tribute article, there will still be outlines of her pitfalls but to also make one aware that she has in 2010 saved herself – reincarnation. Back to 2008, her company flew Amy out to St. Lucia where she attempted to record her third album. Amy Winehouse was distracted on the island drinking and smoking. Basically, not recording. During her time in St. Lucia, Daphne Barak joined the Winehouse family and started filming a documentary entitled Saving Amy, which will soon be on TV in the UK in 2010. Amy Winehouse seemed like she was clearly dealing with her demons – self-harming and so on. Her performance at the St. Lucia Jazz Festival didn’t please crowds as she was in a drunken looking state and often forgetting her self-pinned lyrics. Like her 2008 performance at Rock In Rio which saw her falling down and loosing one shoe.

After spending several months in St. Lucia Amy re-united not with Blake Fielder-Civil but with her family, and her friends, her loved ones. By now Amy Winehouse is an internationally successful artist with her five time Grammy Award winning second album Back To Black. She is constantly under the surveillance of protective bodyguards and sadly the paparazzi. Mark Ronson and Salaam Remi produced Back To Black with hits such as Rehab released 4th October 2006 again on Island Records. Maybe Amy didn’t realize how successful she was going to become which is possibly what got her in so much trouble.

In 2010 Amy Winehouse has left Blake Fielder-Civil and is with a new boyfriend Reg Traviss who is a movie director and is drug free, which in return has transformed “Our Amy” to a healthy, curvaceous and sexy woman like the woman we all knew her to be with her debut album. She has quit drinking and smoking and is on the road to recovery. Now all she needs to do is release a new album, lets hope it’s not her angry and painful songs and perhaps something slightly more positive. But whatever she will do, we know it will be amazing.

Winehouse is making a surprise collaboration with Professor Green this year – something a little different?