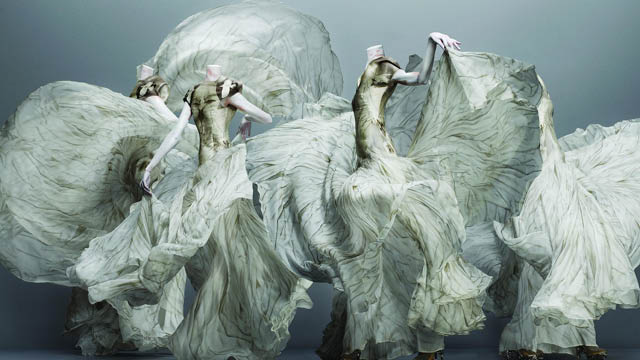 Andrew Haigh, director of Oscar nominated film 45 years, has confirmed that he is working on the Alexander McQueen biopic of the award winning fashion designer, which will document his rise to fame and devastating decline, that tragically ended in suicide in 2010.

Alexander McQueen became infamous for his dramatic and controversial catwalk shows, which were born out of the deepest and darkest corners of his mind. McQueen’s shows were an experience, no matter how uncomfortable they made his spectators; what he created wasn’t just fashion, it was art.

In collaboration with Pathe and playwright Chris Urch, author of Land Of Our Fathers, the film will seek influence from Blood Beneath the Skin, a biography written by Andrew Wilson. The Alexander McQueen biopic comes amid peaked interest in the designer, after a play entitled McQueen ran from August to November 2015 at London’s Theatre Royal Haymarket. This was followed by the opening of Savage Beauty, an exhibition at The Victoria & Albert Museum – which attracted over 500,000 visitors, making it the museum’s most successful paid-for exhibition to date.

The biopic is set to be a beautiful, but harrowing tribute to the late designer, though this isn’t the first film about McQueen. In 2011, Louise Osmond directed a short film titled McQueen and I, which explored his relationship with life-long friend and muse, Isabella Blow.