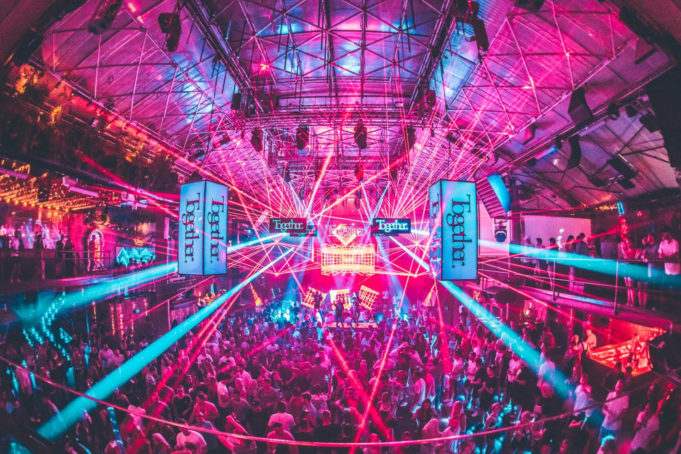 The drum & bass god and Ram Records founder is bringing he’s all night long show to Together at Amnesia for the first time this summer on August 13th.

He is a true pioneer in the game and here is why you need to catch him at this legendary Ibiza party.

For the technical skills

He isn’t called the executioner for no reason: Andy C is a DJ who has been playing his trade for decades. He knows how to mix on any format, can lock in records in an instant then set to work on layering in loops, tension, and new grooves. He can do from hard and fast to slow and deep and everything in between and is the very definition of a journeying DJ.

He might have all the technical skills at his disposal, but Andy C also has a wealth of knowledge when it comes to the music itself. As someone who has broken plenty of new acts and sub-genres within the scene, he has impeccable taste and knows exactly what record to reach for and when. He is a master of mood, balance and pace and when playing all night long that is key.

To hear many different sides

When playing all night long, Andy C can go in any number of new directions than he would in a shorter two-hour club set. You will get to hear his influences, inspirations, the things he listens to away from the club, even, all woven together into one fantastic tapestry that promises to be eye-opening indeed.

Despite the length of his career which now dates back 20 odd years, Andy C is at the very top of his game right now. He has recently locked down his own residency at XOYO to great critical acclaim, as well as having sold out The SSE Wembley Arena in the venue’s first-ever late-night show over its 84 years prestigious history, plus playing big venues like Alexandra Palace and two O2 Academy Brixton shows, SW4 to Glastonbury, EDC and Ultra. Together at Amnesia is his spiritual home

You won’t catch Andy C playing anywhere else on the white isle. He has played here for many years and always comes correct – he knows exactly what works in the vast club, knows what the crowd want and how to serve it up and so you can be sure that he will be at his very best for this sure to be a historic and memorable occasion.

FOR TICKETS & INFORMATION GO TO TOGETHER-CLUB.CO.UK