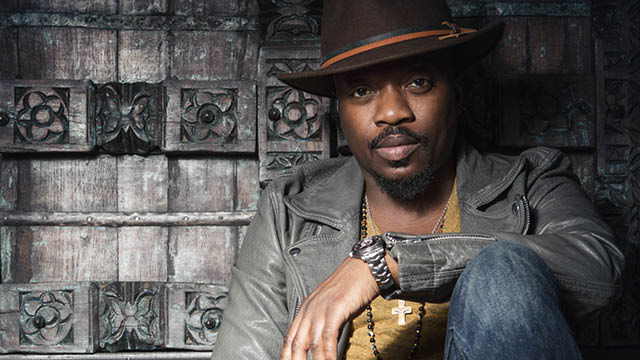 Friday 8th of July 2016 see’s the Grammy Award winning soul sensation, Anthony Hamilton return to the UK for a one night only exclusive show at the London Indigo at the O2.

Joining him on stage for the first time in London will be the talented and most talked about backup vocalists The Hamiltones, famed for their soulful arrangement of Birdman’s infamous viral interview ‘Put Some Respeck On It’ and Drake’s number one hit ‘Hotline Bling’.

Having collaborated with some of the music industry’s finest from Al Green, 2Pac, Nas, Mark Ronson to Chris Brown and penning the hit song ‘Freedom’ for Quentin Tarantino’s blockbuster Django Unchained soundtrack; plus releasing his Billboard No.2 chart selling seventh studio album ‘What I’m Feelin’ and currently on a joint tour with American Idol powerhouse Fantasia Barrino, there’s no doubt that Anthony Hamilton has firmly solidified himself as one of the leading pioneers of R&B, Soul and Hip Hop.

With over 10+ years of unforgettable soulful classics, Anthony Hamilton will be performing some of his biggest hits such as “Comin’ from Where I’m From,” “Charlene,” “Can’t Let Go,” “Cool,” “Everybody,” “The Point of It All,” and “Amen” off the latest album ‘What I’m Feenin’’.

Expect a stellar performance from the modern day King of Soul at the London Indigo at The O2!

Tickets for this EXCLUSIVE one off show start from £29 and are available to purchase at www.ticketmaster.co.uk NOW.

Ticket Giveaway
We’ve also got a pair of tickets to giveaway for the show. For your chance of winning simply email comps@flavourmag.co.uk with your full name and address and be sure to write “Anthony Hamilton” in the subject title. Winner will be chosen at random on the 5th of July 2016. Good Luck!