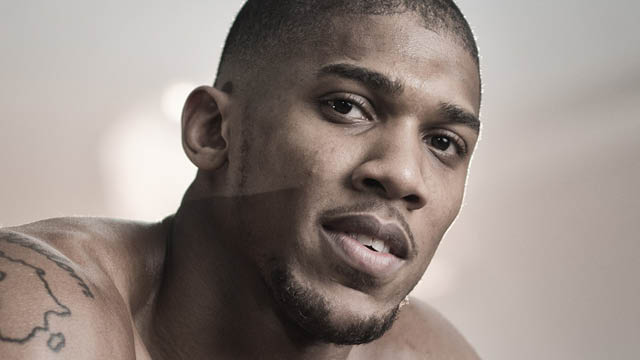 Martin travels to England to make the first defence of the title that he landed in Brooklyn in January against Vyacheslav Glazkov, and the unbeaten Californian puts the belt on the line in his first fight outside the States.

Joshua’s first World title fight comes at the Greenwich venue he has quickly turned into his boxing fortress, with five of his previous fights taking place at The O2, including his last outing where he added the British title to his Commonwealth strap against bitter rival Dillian Whyte – his seventh round stoppage the 15th in a row from 15 pro fights.

“Fighting for the Heavyweight World title has been a dream of mine since I turned professional,” said Joshua. “I feel privileged to have the opportunity to turn that dream in to reality. Not only that, having the chance to fight for it in my home town at The O2 and live on Sky Sports is unbelievably exciting. Charles Martin is a great fighter and a hungry competitor so I am going to have to produce the performance of my career to claim that belt.” “I told my Team I wanted the best challenger possible for my first defence and Anthony Joshua’s name kept coming up,” said Martin. “I’m coming to the UK to make a statement that I am the best heavyweight in the world and no-one is taking my title.

“I’m World Champion, so that doesn’t mean just sit back and make easy defences in the US, it means facing the biggest challenges out there. I respect Anthony Joshua and everything he has accomplished, but on April 9 he’s getting knocked out.”

Eddie Hearn, Anthony Joshua’s promoter, said: “Life is all about taking opportunities and when the chance to become Heavyweight of the world presented itself, there was no holding Anthony back.

“He wants to give the fans something to get excited about and he wants to become a great and even though the decision among the team took a week or so, I believe his mind was already made up from the moment I asked him. It’s a complete honour to promote an event of this magnitude. I believe it’s one that will go down in the history of the sport.”

Mike Borao, Charles Martin’s manager, said: “Special thanks to Eddie Hearn, Matchroom, Leon Margules of Warriors Boxing, and all else involved for putting this major event together so quickly. Anthony Joshua will discover that Charles Martin is a special talent on April 9.”

Sky Sports executive producer of boxing Adam Smith said: “This is a golden opportunity for our golden Olympian as he aims to join an illustrious list of Frank Bruno, Lennox Lewis, David Haye and Tyson Fury to become a British World Heavyweight Champion on Sky.  But it is a major risk as Joshua steps up to tackle tall undefeated American Charles Martin.  Could this be too soon, or will the timing be right for Anthony Joshua? We can’t wait to find out on another massive night on Sky Sports Box Office back at an atmospheric and packed O2.”