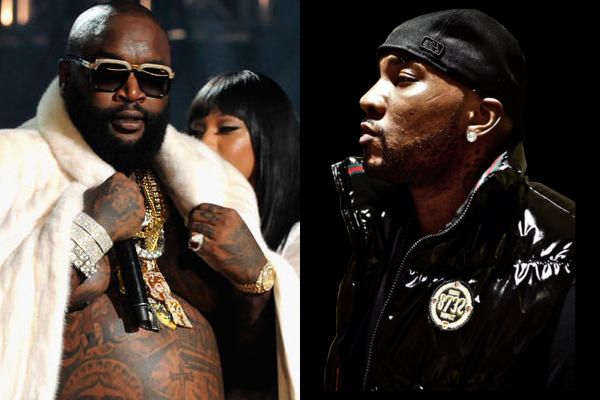 The explosive confrontation between Rick Ross and Young Jeezy has been bubbling ever since the life-size rapper released his 2010 hit B.M.F. (Blowin Money Fast) with the chorus: ‘I think I’m Big Beech/Larry Hoover/ Whippin’ work/ Hallelujah.’

The surprise is Ross had no association with the B.M.F or Big Meech crew causing Young Jeezy, who was a member of the BMF circle, to be offended.

“This is really huge. MMG we just merged with Atlantic Records. It’s the biggest move of the year. We gonna leave it right there,” said Ross in a recent interview

So how is this going to work with Ross moving Maybach Music Group from Warner Bros to Atlantic Records, where Young Jeezy happens to be Senior Vice President of A&R? In his new role, the 34-year-old hip hop star is responsible for signing and developing new talent whilst working with the label’s current roster.

Will Ross and Jeezy put their differences aside and work together? Or will blows be exchanged yet again? What do you think?