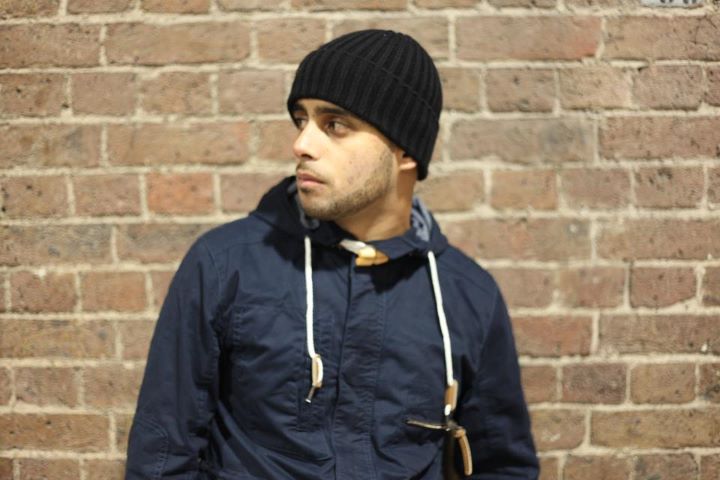 While some British-Asian artists are achieving success and are embracing the brown urban movement, up-and-coming rapper Premz blogs on why the term ‘Burban’ is affecting artists like himself. In his post below, he writes about his frustration with the difficulties he has encountered as an Asian MC.

Over the past couple of years – when giving somebody a copy of my mixtape or sending them my music; I have frequently been asked if I am a ‘Burban’ artist. Though my response has always been ‘no’ to this, I decided to look further into the term ‘Burban’ as it is now being used far and wide to refer to British Asian artists such as myself. On the internet the definition of the expression is described as:

“A sub-culture (standing for ‘Brown Urban’) and an attempt to unify urban musicians of Asian descent. The idea has caused a split amongst the bigger artists and critics due to the ambiguity of the term itself. The common misconception of BURBAN is that it is a musical genre of Asian origin, which is incorrect. Burban is a sub-culture of Hip Hop/R&B music, focused on artists of Asian background. The reason behind this was to abolish the term Urban Desi, which commonly pigeon-holed ‘Hip Hop’ artists as ‘Desi’ artists.”

Upon reading this I understood the thought process behind the phrase as a British Asian artist. Through the years I have had issues getting my own music played on Asian radio and even being able to reach the ears of British Asian listeners, due to the fact that I don’t sound ‘Asian’ enough. It seemed that the fact that I am Asian would mean that I should only make Bhangra music, or rap music filled with Asian samples in order to make it reach listeners of Asian music. At the same time, I have sent music to certain non-Asian radio stations and DJ’s, and due to the fact that I am Asian, I have always been referred back to the BBC’s Asian Network. Thankfully, over the years I have received frequent radio plays by various DJ’s on BBC Asian Network, Radio 1 and 1 Xtra.

I believe this has only been down to the quality of the music that I make, and the fact that I haven’t conformed to making my music sound more “Asian”, nor have I ever given up if a certain radio station won’t play me due to my race. I am assuming that the makers behind ‘Burban’ had the same issues, and maybe thought by creating this new sub culture – they would find their own way into the scene.

However, though I do understand the thought behind the creation of ‘Burban’, after researching further into it, I have found that it has only led to even further segregation for British Asian artists in the UK music scene. I feel that ‘Burban’ has not been clear about its objective, which has led to the term being completely misunderstood by many people; who feel that it is a term to describe Asian rap music, which is not the case. Others believe that it is a music group or genre, as only some artists have let themselves become labelled by this term.

I feel that ‘Burban’ has led to further segregation of British Asian artists in the UK, and possibly worldwide. I have always wanted to be able to integrate, not segregate myself, and put myself on an island, which is exactly what I feel ‘Burban’ has done. It has most definitely put a ceiling for the artists concerned, and this has transpired to Asian musicians outside of it as well. I do not represent ‘Burban’. I represent good music, that’s all.

In my music career, I have been supported by Asian music platforms such as BBC Asian Network through to BBC Introducing, who have helped me branch out further in the UK. However, due to my Asian background, I usually only get played on the Asian Network, that again puts a ceiling above me. I have now worked with artists such as Trev Rich (Mood Muzik, Bigz (Euro Gang) and Mayhem (S.A.S) – who are non-Asian rappers, in an attempt to branch out in the UK scene. I feel that good music has no colour, and that in a culture like hip hop, race should be completely irrelevant. I think I speak for all musicians as a whole when I state that we are trying to get our music to connect with as many people as possible, without being judged on our appearance.

In 2013, where the music business is already a rotting fruit, I feel that hip hop is falling on too many deaf ears as it is, and the fact that my race has now become a stigma, has made it even more frustrating. I have also found that many people (whether they may want to admit it or not) have a preconceived notion that “Asians can’t rap”. I for one will happily challenge this point by directing you to my mixtape – tinyurl.com/lastimpres

The silver lining of this situation is – knowing that one of the most successful artists to come out of the UK is Jay Sean. He has proven that being of Asian descent is not a hindrance to his career, and he is solely judged on the quality of the music that he produces, and I for one, salute him. Very few artists from the underground ever make it to the top of the charts in the UK or America.

I think that the solution to the problems I have outlined is very simple; the scene (artists, media and fans) need to find a way to eradicate segregation. Only when the scene integrates and pulls together – then we will see this beautiful thing of ours blossom and grown into something we can all be proud of. British music and Asian musicians have so much more to offer than what has been seen up to date.

I have recently seen BBC Radio 1’s Nihal with a “Burban’ in the booth’ feature on his show – which is already joining together British Asian and UK urban musicians, including Sway, Mz Bratt, Mic Righteous, and many others. The quality of music (that is presented on the wider platforms) also needs to be controlled, due to the fickleness of listeners nowadays, I have found that hip hop worldwide has been dumbed down for the fan, where as I feel we should be making the music that we want to make, and leave it up to the listener to decide if they like it or not.

As long as the message in our music is clear and consistent, there is no need to dumb down. Things like these are what are needed in this scene, the UK has great musicians, who should not be diluted, and I think with the right attitude from our scenery as a whole, we can move forward in the right direction to take this world by storm with the talent we have to offer.