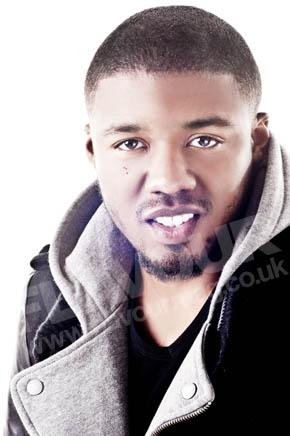 Actor Ashley Chin has snagged a role in box office smash hit Anuvahood, which is out in cinemas now. Here’s what he has to say.

Tell us about your character?
I play a character called Mo; he’s one of the goons. There are two goons in the film called Big T and Mo. They’re a bullying duo who work for the main character, Tyrone. They bully Kay, the character played by Adam Deacon when he comes round the estate. Anything that Tyrone needs doing he sends his two goons. To sum it up they think they’re bad boys.

Why should readers see the film?
It’s enjoyment. Nowadays to have a good time you have to go to nightclubs but I don’t go clubbing. So, for someone like me my enjoyment comes from going to the cinemas and watching a good movie. This is a British comedy where everyone can relate to it and identify with it. I’m picturing a cinema full of youngsters who are laughing and enjoying themselves and the film. That’s a beautiful thing in itself. It’s definitely the first of this kind.

What’s your favourite film and why?
There are films I love watching like Man on Fire with Denzel, not only because of his acting but the way he represents his relationship with the little girl. I love young actors, anyone under the age of 14 in films I just love watching them. I love his drive and determination. It’s emotional. I love films that leave me feeling a certain way.

What do you think of the British film industry?
This year I saw myself and Michael Maris do a film called Victim, straight after I saw Adam Deacon with Anuvahood, and then I saw Arjun Rose with Suicide Kids. These are all British youngsters who were talking about their ideas two years ago and now their ideas are becoming a reality and that’s something special. I feel like we’re taking over.

What’s an inspirational quote or motto you live by?
The best of mankind are those who benefit mankind.

Who is the most famous person’s phone number in your phone right now?
I don’t know who’s famous, everyone is normal to me.

Have you got any grooming tips for our Flavour male readers?
I do steam, face scrubs and creams. At the same time I’m not well-groomed in the sense where I don’t shave, I leave my hair to do its own thing because I don’t think men should be pretty; let’s leave that for the ladies. My grooming tip is simple- stay grizzly, look like a man and stay fresh.

Tell us about a time when you’ve been really romantic…
I’ll be honest I’ve never been romantic in my life and it saddens me. I don’t want to die without ever being romantic. To be fair I’ve never witnessed love.

Tell us about a date that went horribly wrong…
I don’t really do dates. I haven’t done dates for years.

What’s the worst job you’ve ever had?
Never had the ‘worst’ job. The only normal job I had was driving autistic children to their centre and picking them up after. Or, the same with children in foster care. But I used to love that job because I used to like talking to the kids.

Have you ever found yourself in a difficult situation, or done something you knew was wrong due to peer pressure? What made you decide to never do it again and what advice would you give to our readers who face such dilemmas?
I would never blame anything on peer pressure; I’m way too strong-minded for that so I’ll blame it on myself. I’ve done a lot of things wrong in regards to law abiding issues, but I don’t regret them because it taught me a lot and it made me who I am today. In terms of advice, always remember after hardship comes ease.

I hate actors/music artists who…
Are very boastful and forget where they come from.

I love my hood because…
It played a part in raising me and making me who I am.

I hate girls who…
Are only attracted to materials.

I hate guys who…
Don’t believe in God.