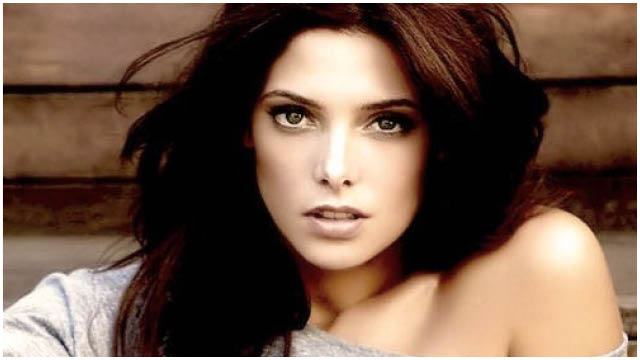 Ashley Greene is most famous for her role as Alice Cullen in Twilight, which actually made her an instant star but since the end of this franchise Ashley has starred in a number of TV shows and Films.

Her new film, Burying The Ex, which is a comedy horror, see’s her coming back from the dead to be with the man she loves.

We got the chance to have a very brief chat with Ashley about her new film and what it was like being a part of one of the biggest teen romance franchises in Twilight.

We are about to see you in the comedy, horror Burying the Ex where you play Evelyn, a psychotic overbearing ex-girlfriend who comes back from the dead and gives your ex hell! Why did you pick this role?

It was absolutely something I had never done even remotely close to it. With a storyline like this I think with Evelyn you get to play a Jekyll and Hyde and you get to play both extremes with this character. For me it was really fun to take someone who is hard strong and is maybe overbearing but kind of ground her and give people the sense that she does have a good heart, the things she is doing is more out of insecurities than having any malice towards anyone. That was really interesting for me and I think the melding of a kind of quirky comedy and a horror film is something you don’t see a lot, it was a really interesting and unique storyline. Playing the zombie that isn’t just this kind of mindless brain eating monster, Evelyn kind of evolves into this zombie, this is something I had not done been before. I was really excited to be able to bring that to life.

Evelyn is a bit of an obsessive clean/recycling freak, well until she gets a taste for brains, how much of yourself did you bring to the role?

(Laughs) I have the ability to be like that at times, obviously not as extreme. Because she can have such quick switches and flips, from a really sweet loving girlfriend to being this kind of enraged animal. I spent some time doing some research on that and trying to figure out what makes these people the way they are.

What was it like working with the legendary director Joe Dante?

Everyone has heard of Gremlins, so being able to work with a director who created something like that was exciting to me. He and I sat down and had a long lunch and talked about his film and his vision and what I thought was appropriate for the character. He is such a calm, collected sweet, sweet man who immediately made me feel extremely comfortable and I could see the love for what he did in the way that he spoke about this project. After being with him I was like I need to work with this man. It was really such a lovely experience on set. He immediately created this safe environment for us and, of course, had this strong vision for the film that was really open to us collaborating any ideas that myself or Anton or Alexandra had for all of our characters.

Did you manage to have fun on set?

Well I think Anton and I and Alexandra are all young at heart so we had a lot of fun together, we acted like we were still at high school (laughs). I think because of the nature of the film and that it’s just so crazy and outrageous that it was just very light-hearted set. Your big break came in the form of Alice Cullen in Twilight! What does it feel like to be part of one of biggest teen romance franchises in the 21st century?

(Laughs) it definitely it’s still kind of like mind boggling. It’s been a while since we wrapped it and we obviously were a part of it for 5 or 6 years. It was a large portion of my life out here. It really is still crazy to think about it, it’s something I never in my wildest dreams could even think would happen. I’ve never seen another film affect people the way that Twilight did, so to be a part of that it was just incredible. It’s something I am sure will never happen again (laughs).It was thrilling, at some point we were filming with so many places to go if we weren’t on set we were travelling doing press and travelling around the world. At some points gruelling but it was just one of those things where you just go for it because you know you’re not going to get this opportunity again.

When you first signed up for it did you ever imagine it would be as big as it was?

No, I don’t think anyone did. We were doing like an independent film on the first one, Then all of a sudden it just snowballed into this humongous franchise. I don’t think any of us were quite ready for it. I knew going into it something felt special about it and I knew the effect the books had on me and that the books did quite well and that was the reason we were able to make this film but no I had absolutely no idea it would turn into what it did.

Has that opportunity opened many more doors for you?

Absolutely, I think anyone who did Twilight has created huge pedestals to jump off of. It was essentially my first job really, I did a couple of day player roles on televisions shows, but it was my first time being on a movie set and then you take into account what it turned into and what happened and it was just like a crazy reality I guess. There certainly is that Twilight stigma that came along with it as that’s what everyone knows what skyrocketed into fame and into the spotlight that’s definitely what we were known for, for 5 years. So it’s kind of hard to get out of that shadow, but you have to look at it and say I wouldn’t have so many of the opportunities that I have if I hadn’t of done that film. I read somewhere that you would love to play a superhero, what would be your dream role to play and why?

I really want someone to come out with a very strong female-driven action type superhero film. I just released a Batman Arkham Night video game, So I think it would be fun to be in a Batman film for sure.

I can see you as a Catwoman

Right, I think Michelle Pfieffer did a pretty stand up job, I don’t know if I could take over that (Laughs)

So where about to release the new Batman video game that I played Oracle in so that’s going to be coming out which is really exciting to be a part of. I just finished a film called In Dubious Battle with James Franco so hopefully you can look forward to seeing that soon.

Burying the Ex is available to download and view-on-demand in the UK and USA from June 19th 2015.