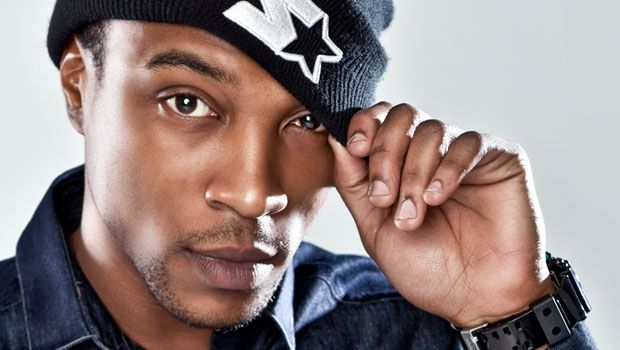 Nichola: So you’ve got a new website up and running, tell us how that came about…

Ashley: Well basically, I hired a web designer (Laughs) Nah I’m joking, I just thought I’ve never had a place were people can go to see what I’m doing, from blogs to music, to videos and everything like that so we decided to launch a website. We met a really good web designer Nick Obi, we set it up and launched on January the 1st www.ashleywalters.co.uk

Nichola: Ok fantastic, also on there is Volume 4, can you tell us about that?

Ashley: Yeah Forgotten Treasures, basically we sat down on Sunday over Sunday dinner I have dinner with a lot of the people I work with and inspire each other over food. We pulled out a box out of my mum’s attic that had like 100 songs that no one had ever heard or people have put out and slept on really. We put 20 on each mix tape and made like a four volume mix tape basically so its called Forgotten Treasures volume 1, 2, 3 and 4; and they’re free to download on the website. We’ve been getting crazy traffic loads of people downloading. We’ve had like 30,000 downloads which is good for me. It’s a freebie as well so.

Ashley: Yeah my baby, it was a random, one morning I woke up after they’ve gone on the school run and I picked up my ipad. They use my Ipad a lot so I saw she had a youtube channel, and I saw her face on there and I pressed play and she was just singing her heart out singing Jessie J or something like that. I’d never seen it before I knew she could sing because I hear her humming a lot or whatever, but she lacks so much confidence she’ll never sing in front of me and I watched on You Tube, and thought I’m going to tweet it. I sent it to Twitter, and in an hour it got like a thousands hits and I was like wow. So we started doing one every Sunday and she’s just going from strength to strength. Got her a vocal coach, she’s being trained vocally by Mutya [Buena] ex-Sugababe, they’re writing a song together as well at the moment, so might release the song on You Tube for Chyna in about 7weeks, so I’m pretty much managing my daughter at the moment.

Nichola: So is that nice being able to encourage your daughter and inspire her?

Ashley: Yeah definitely, I don’t have to force her to do anything so its been a natural progression for her she’s just got the gift and she’s making it happen, I love it. Its something that I can be involved in, in her career and its something I like myself.

Nichola: And last but least, You are on this acting game, didn’t know you was doing it so long, and then all of a sudden we have Top Boy and many other things so are we gonna be able to expect more from you.

Ashley: Oh yeah definitely, you’ve just finished watching my new drama Inside Men on BBC 1. I’m starring in it with Steve Mackintosh, Top Boy two end of the year, I’m directing [Freshers] I’m producing this year. Full Clip, me and Noel Clarke’s movie will be out at the beginning of 2013, so much going on. I dunno if you’ve heard of the new Lucozade adverts, I’m the voice of Lucozade sport, “Lucozade sport, faster, stronger, for longer!”  Ladies love that yeahhh! Nah I’m joking. Yeah so little things like that, I might do a bit of modelling even though I’m so tiny, but I’ve had a couple of offers to do some endorsements. See what’s happens, I’m just enjoying myself, just basking in the ambience you know (posh accent) (Laughs)

2012 I’m going for it Team Ashley get behind it, @Ashleywalters82 you know, www.ashleywalters.co.uk hit me up.