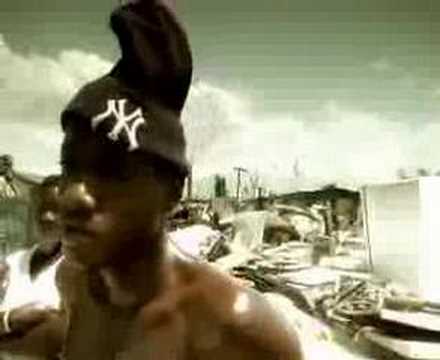 I am on the telephone with the calm and collected dancehall heavyweight Jeffery Campbell, better known to most as Assassin. He is chilling in the heart of Kingston, Jamaica and I am over 4000 miles away sat in my South London apartment. The terribly weak telephone signal is against us, but thankfully we somehow still manage to establish a strong enough connection to delve into the world of ghetto life, losing someone close and why he will not be diluting any more of his music.

Dancehall beginnings
It was back in the late nineties that Assassin was welcomed into the world of dancehall, aged just 17. He adopted the moniker Assassin for his ability to kill off other DJ’s with his fierce lyrical precision. His success story started when he was back in school and he handed over the lyrics of a song he had written to his classmate, who then passed them on to his uncle, who happened to be none other than top selling dancehall artist Spragga Benz – and the rest as they say is history.

Assassin, who says he has been a deejay (that’s an emcee to us) as early as he learnt to speak is best known for dancehall hits such as Girls Gone Wild, Step Pon Dem and Idiot Ting. His ability to churn out hit after hit has proved he has a level of consistency that most artists can only hope for. The clean cut deejay spent his childhood in the inner city of St. Andrew’s Jamaica, but unlike many other ghetto habitants, he does not yearn for your pity. Instead he wants us to know that there are many upsides to living in the ghetto. “I grew up in the ghetto and it was a happy time for me. I had all of my family there, it was fun and we made the most out of what we had, although it may not have been a lot. You hear old people talk about their good old days, and for me the days spent in the ghetto are my good old days. People in the ghetto are not always criminals and we do lead honest lives and I think it’s important to represent the ghetto as positive and not always as the most undesirable place to live,” he says.

Ghetto Living
His latest offering Gully Sit’n is an album which does just that. The recent release proudly celebrates ghetto life and culture, and like previous recordings also showcases the star’s strong ability to set himself apart from most dancehall artists whose lyrics are more commonly of a superficial nature. This is demonstrated when we see a much softer side to Assassin in the form of The Pain, a moving tribute to his mother who passed away after the release of his debut album. “The Pain is the most personal track I have ever recorded,’ he says. His voice softens and he appears to become distant as he continues: ‘The song is just about losing people that are close to you and I’ve had my share of that.”

Having recently been on the road touring extensively with controversial reggae star Buju Banton, Assassin has barely had time to breathe since the release of his debut album Infiltration. As well as the sad loss of his mother he has also had to adjust to becoming a father for the first time as well. “I have changed as a person because so many different things have happened to me in the last two years. All of these things have helped to strengthen my character and as a result I am a different person than I would have been,” he reveals.

Our discussion then turns to that of ambitions and it is here that Assassin tells me where his sights are set. ‘My main ambition is to make dancehall music a part of the mainstream and for it to reach a point where it will not be a surprise for a dancehall track to be at number 1 in the charts. The greatest comfort for me is knowing that it can be done because Sean Paul did it.’

Go back in time with Assassin by checking out these video’s: