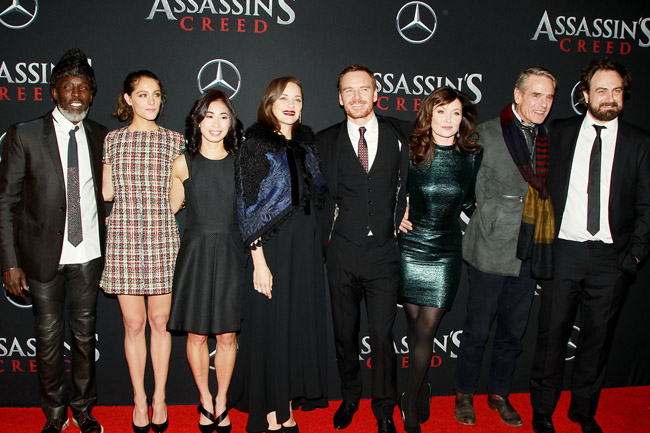 Last night saw the official screening for Assassin’s Creed take place in New York with the cast, including Michael Fassbender and Marion Cotillard in attendance.

Marked by tragedy at an early age, Cal Lynch (Michael Fassbender) is a convict facing capital punishment when he gains an unexpected second chance at life thanks to the mysterious workings of Abstergo Industries. Through a revolutionary technology that unlocks the genetic memories contained in his DNA, Cal is sent back across the centuries to 15th Century Spain. There, he lives out the experiences of his distant relative, Aguilar de Nerha, a member of a secret society known as the Assassins who fight to protect free will from the power-hungry the Templar Order.

Transformed by the past, Cal begins to gain the knowledge and physical skills necessary to topple the oppressive Templar organization in present day.

Take a look at our gallery of images from the New York Screening below.