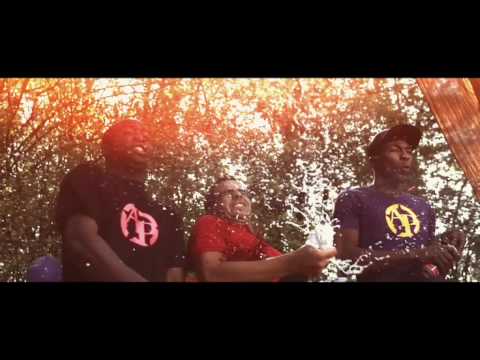 ATTACCA PESANTE, are the infamous trio behind the UK banger “Make It Funky for Me”. Ra’ed Poetical recently caught up with the guys to find what they have been up to! Here’s what they had to say:

Firstly, what is the actual meaning behind Attacca Pesante?
Zack: It means, ‘Attack, and go Fourth’ in Latin.

Cool! How did you guys get together? How do you all know each other?
Dean: He loves saying this! [laughing]
Zack: Well back in the day, Dean used to think he could spit and would do it in an American accent! Turns out he was a better producer than he was rapper, so we started producing together, nothing serious, then we met Ashley [third member of Attacca Pesante] in 2001 and it picked up from there!

Okay, so when did you start actually making music?
Dean: We started making music, seriously around 2004

Where does your love for music come from? Who or what inspires you to make the music that you produce?
Zack: I like film music, there’s a guy called Hans Zimmer who made that Gladiator song, yeah the one they use in the X Factor! [sings tune]
Dean: I’m also really the same, Hans Zimmer is great. Not Tim Westwood… in another interview some-one said my inspiration was Tim Westwood, it’s not. But mainly, my inspirations are people like Kanye West because they always try change the scene and when they do something they always try do it their best! I guess we’re influenced by sound, any noise, any music!

So you guys are best known for “Make It Funky For Me”, what’s the meaning behind the phrase?
Dean: I don’t know how to describe it.. If there was like an advert and Mr Funky was walking past everyone and everyone was just sad. Mr Funky would walk past and everyone would be happy and be like “He made it funky for me!” [laughing] It’s about good vibes!
Zack: I concur..

Ha! So how did the song come about? Who’s on the vocals?
Dean: The female is Shae Soul, beautiful voice! Basically, we had a mutual friend who had the beat on her phone and Shae must have heard it and thought it was an amazing beat. So we hooked up with her through that, made a beautiful sound, made beautiful music! Bada boom bada bing!

So once you made the song, how did you push it? & did you expect it to get that much recognition?
Zack: When we first made it we knew it was a good song but it was the end of summer…we took it out Napa like two years ago and were trying to push it ourselves. Gave it to quite a few DJ’s there but no-one would ever play it! So when we came back from Napa a mutual friend gave it to Lucy Ambache who has a breakfast show on Choice FM. She played it and it started getting requests. From that, 1Xtra picked it up as well and it went from there!

What doors did it open for you guys?
Dean: It opened quite a lot. People want remixes from us, we been working with people, on Bashy’s album! People are now more aware of us!
Zack: Its good cause we needed our first track to get our radio and underground respect so now with the next song, there’s no complications, we got the radio support.

You said you worked on Bashy’s album, how did that happen?
Zack: I got an email out the blue one day, saying I’m looking for beats, sent them a demo with one track, they came to our house the next day, the AP Nucleus, chose a few dates and had a few late night sessions and we got a song done! Day Before I Die, the last song on his album!

What other artists have you worked with?
Zack: Before it Make It Funky For Me, the only artist worth mentioning who we have worked with is Sway, after that we’ve had a chance to associate ourselves with Kardinal Official, Wretch and Scorcher, Shy FX, we’re working on it!

We’ve heard many one hit wonder funky artists, what makes Attacca Pesante different?
Dean: Hmmm.. For one I wouldn’t class us as UK Funky, we’re more House with funk. We just make good music. Like our next song probably won’t even be funky… we’re different, we play live instruments too!
Zack: I play guitar and piano! We all have our specialities like the Power Rangers!
Dean: I used to play the clarinet, I got to grade two, but I kind of stopped playing that!

How long do you think this funky scene will last for?
Dean: It can last for ages, as long as people start being creative and making good music. Personally, I think with the MC’ing thing, the quality control is disgusting. Anyone can release a song. People make a song and just release it on YouTube, it could be a rubbish song and they’ll just hype it up and get bare hits!
Zack: There’s no quality control and low barriers of entry, it’s over saturating and over flowing there’s no wait, it’s constantly coming.

Who in the scene are you lot rating at the moment?
Dean: Egypt has an amazing voice, Fuzzy Logik! She needs to keep making that good music and things will follow after!
Zack: I’m a supporter of Chipmunk I think he’s actually doing alright!

Who do you think will be the first funky artist to get to number one?
Dean: Personally, I don’t think any song right now could get to number one. I don’t even think Make It Funky For me would go number one but if it came out at the right time it could have got number one, it’s commercially catchy, anyone can relate to it! But right now I can’t see any track getting to number one

What can we expect from Attacca Pesante in the near future?
Zack: Basically we signed up to Shy FX now, he’s a good mentor. We’re working on our second single, should be dropping November we’re not releasing an album till we build up a bigger fan base. We’re working on other people’s projects, this guy called Bluey Robinson. It’s gonna be very big, can’t really say much! But we’re going to carry on making good music!

Dean: You can get the vinyl’s for ‘Make it Funky for me’ it on the 12th of October through HMV!