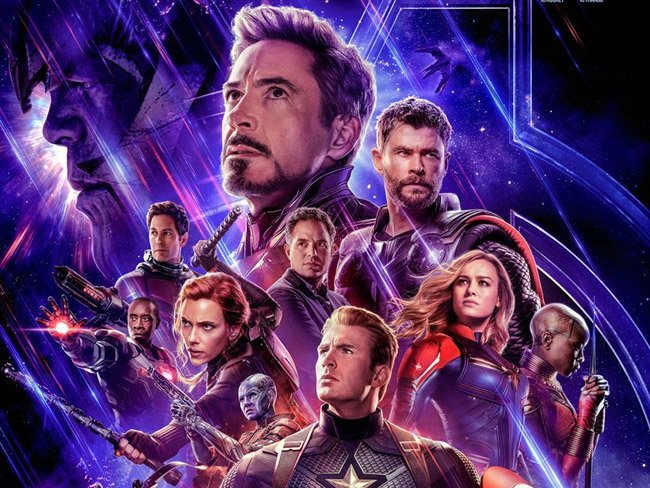 Epic and spectacular, an emotional rollercoaster that none of us will ever forget.

For the past 11 years, Marvel’s Avengers characters of Iron Man (Robert Downey Jr), Captain America (Chris Evans), Thor (Chris Hemsworth), Hulk (Mark Ruffalo) and so many more have dominated the box office worldwide as well as opening up a pathway for a jubilant fandom igniting an unbridled passion. With each passing instalment in the most recent phase of the MCU series, the movies have been something no short of spectacular with the added inclusion of diversity in the recent additions of Black Panther and Captain Marvel, meaning the final bow for the surviving demoralised Avengers had to be nothing short of epic. The Russo brothers have accomplished their mission with extravagant flare with a more than fitting and emotional arc that will get to even the least enamoured audience members.

Investment in these characters has become overwhelmingly intense, none more so than after the tragic snap at the fingers of Josh Brolin’s Thanos which wiped out half the human population, including more than a handful of Avengers in Infinity War. Cut into 4 acts, the Russo’s deal with the fallout with genuine emotion, bitterness and self-blame putting the surviving members of Iron Man, Captain America, Thor, Hulk and Black Widow (Scarlett Johansson) through the mental and physical ringer of anguish before finally realising they need to avenge the fallen and band together to do whatever it takes for the dearly missed members of this tight-knit family.

If there is one negative to come out of Endgame, there are parts which become a little clunky and messy mostly in regards to its trip down memory lane, blasting its way through the nostalgia fest at a jolting pace. A few old faces show up along the way reviving memories that dig in the pit of the stomach with crushing affection, not just for the Avengers but those watching the action unravel before their very eyes.

Inevitably, it’s packed to the rafters with so much action and plot points, there are surprises, twists and turns that will keep you forever on the edge of your seat and nails bitten down to the stubs. Even though it comes in at a staggering three hours it becomes so immersive it wholeheartedly only feels like two and quite frankly you never want it to end.

Jeremy Renner returns as the slick bad-ass Hawkeye after his self-imposed retirement from Infinity War and he sure does pack a few lethal punches with his own motivation of revenge. Paul Rudd also makes it out of the quantum realm he found himself stuck inside at the end of Ant-Man and the Wasp to bring the much-needed humour to the table. Even Johansson’s Black Widow takes on a less than regimented persona showing us a side to her character that gives it more depth.

Even with its more sombre tone, the humour still comes in thick and fast in snappy one-liners mostly from Thor and Ant-Man, but it also comes from its physical humour which it relies on heavily for one certain member of the family, but hey I’m not knocking it.

Having never been a fan of the superhero genre myself, it’s only in recent times I have been able to visit those instalments I have missed and have become more than a little fond for the unfolding saga and the mass of CGI sparkle. The Russo’s have gone above what was expected with majesty and flare, Endgame is a perfectly balanced amalgamation of past and present and sacrifice for family. An epic spectacular, an emotional rollercoaster, one that none of us will ever forget.

Avengers: Endgame is in cinemas now.