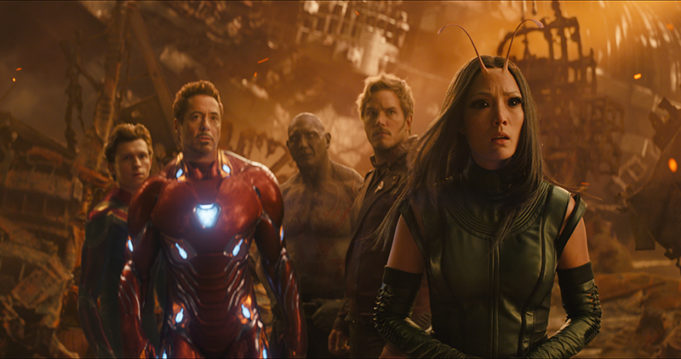 UK box office history was made when Marvel Studios’ “Avengers: Infinity War” shattered all opening records, surpassed the £21.75 million mark at the global box office in just 48 days, and remains the fourth highest- grossing film of all time.

Now, the cinematic event ten-years in the making comes home on Blu-rayTM and DVD on September 3rd, 2018, as viewers go behind the scenes to gain exclusive access to more than two hours of never-before-revealed details which include an epic filmmaker roundtable, an inside look at the surprising Super Hero pair-ups, deleted scenes and more!

“Marvels’ Avengers: Infinity War” is a must-own addition to every in-home film collection and is packaged several ways so that fans get the most out of their viewing experience.

Avenger Infinity Wars on DVD
1 of 20