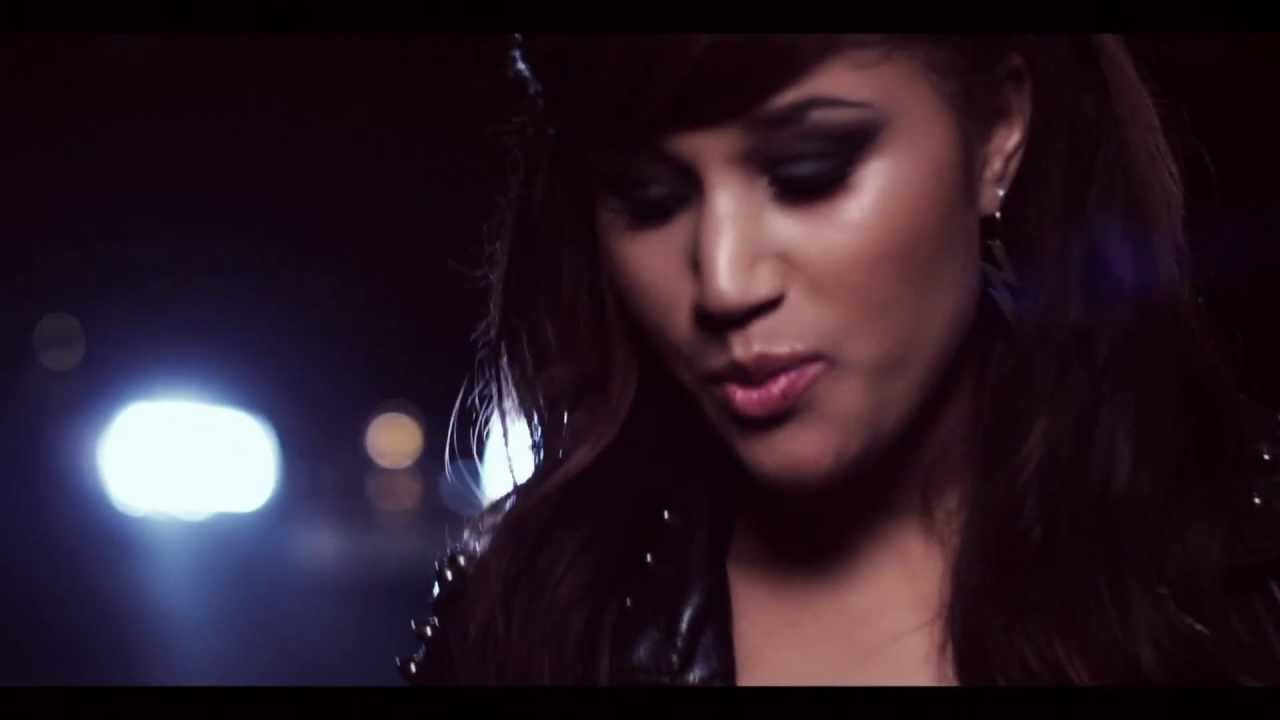 So the very gorgeous Baby Blue returns after a period where she seemed to disappear with minimal musical output so what was she doing……chill-axing?

Well that could not be any further from the truth because Baby Blue was in New York fraternising with P Diddy while working on Bad Boy, touring with Estelle, building contacts and most importantly learning the music business. Recently she exploded back onto the UK urban scene with the track Magnetic Eyes a barn storming drum and bass influenced bit of something which is currently notching up the views on U-tube.

This month sees the release of her latest project called Bump which sees Baby delving even more into singing as well as rapping. Bump being the track that details the heart ache of being cheated on was co-written with Ina Wroldsen who has scored hit after hit with some of the best-known names in pop such as Leona Lewis, One Direction, Pixie Lott, Britney Spears.

I got some time with the lady herself to chat about loads of stuff go check it.

So the obvious question-where ya been?

I think some people thought I had disappeared or I was chilling but I was actually working. I moved out to New York where I worked on P Diddy’s record label Bad Boy for awhile and then I went on the road with Estelle for a few months in America.

Ok wait a minute P. Diddy that must have been amazing?

It was great and I actually met him and he was a legend and he was nice. It’s not like I spent a lot of time with him but he is a hard worker, he has so many companies so many businesses and so many ideas.

Did you plan to stay out there that long?

I was only going to go to America for two months but I ended up staying there for a year and a half which I never expected to happen. Things just started moving out there I toured with Estelle and stuff and I thought that I might as well do this for a while and I actually wanted to learn a bit more about the business. You can have people taking care of that for you but it helps if you have your own knowledge and you can make your own decisions.

In hindsight did you really need a break as well?

I think at the time I did just need a bit of a change from writing and releasing music because you cannot just keep writing and writing because you have to live as well and then you can have new experiences to write about. I think that the experience also made me stronger because I had to look after myself. I threw myself into a situation where I did know a few people but I was basically out there alone. I just rented a flat with someone else who I did not know and then went from there. So the trip re-focused you.

Definitely! When I came back to London I felt really inspired and really motivated to create more music and from then on I have just kept that energy. It properly gave me that motivation and energy to be focused on my career.

And you must have taken some lessons from being there?

I have a phone book full of people that I can contact so I just learnt that it is very important to keep good relationships with everyone you meet because you never know when you can collaborate with them and make something special.

So music-did you actually stop recording when you were out there?

No I was actually recording and I released Run featuring Wretch 32 and a couple of other tracks and so during that time I was actually releasing stuff online and doing the freestyles online just not releasing as such on a large scale.

Since making this comeback of sorts it was Magnetic Eyes which really got things started again-tell me a bit about that?

Well the Magnetic thing happened through Matrix and Future Bond-they released a song through the label that I am on 3 Beat and so that is how the actual link happened. They sent me the beat for Magnetic Eyes and I just loved it. It has a drum and bass vibe and I grew up listening to that because my brother was heavily into it. When I heard Magnetic Eyes I instantly loved the vibe and so I recorded the vocals. I actually had to pitch to appear on that track because a few other people recorded versions and sent them to them but luckily they liked my version.

The hits are over a million at the moment.

The hits online were crazy I mean in the first week it went to something like 300,000 views so that is huge I was so glad to be part of a track like that.

Yes and I was signed off the back off my current single Bump. They heard the song and they just loved it and they just offered me a deal and done. I have been doing the independent thing for so long that the time came for me to have some extra input and support that a label can provide and obviously they know a lot more people than I do by myself.

Tell me a bit about the singing flex because it is unusual for you at least.

In terms of the singing well it has only been on the last couple of songs but for me personally when I have been in the studio recording I have been singing but it is just people have not really heard it. I just wanted to change it up but I just do whatever feels right when I am in the studio but I have had this track Bump for like two years now.

And a generic question tell me about Bump. Bump is really a heartbreak song it is about being betrayed-it’s about being in a relationship and someone two timing. I am not a person who does things like that I am very loyal and I think there is a level of respect you have to have in a relationship. I heard the beat for Bump and it just made me feel that way and the bump is in reference to your heart beating when you find out what they have done.

So this single definitely is the lead up to an album.

I have so many songs and there is definitely an album in the making which will be for early 2014. I would love to work with Estelle again but to be honest I have been doing so many collaborations in the past that I have just been in the studio with the producer but I do want to collaborate more it is just yet to happen.