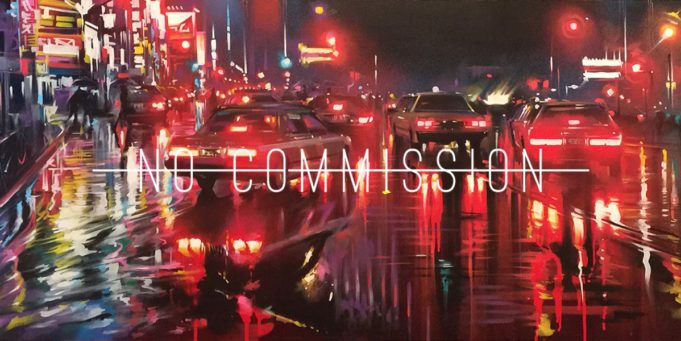 This weekend Bacardi will be hosting No Commission at the Shanghai Exhibition Center, No Commission is a three day event, created specifically to support artists in different cities around the world and aims to forge a direct link between the visual and music arts and arts patronage.

The event will be taking place between the 7th – 9th April and will be hosted by hip hop producer Swizz Beatz, Bacardi’s Chief Creative for Culture and also the husband of singer Alicia Keys.

With the Chinese being big on digital, Shanghai will bring about something completely different for No Commission, all of the artwork that will be showcased will be 100% digital. Generally the events have showcased canvas based artwork only in the past.

With a majority of global citizens devoted to life on the internet and virtual space, the intersection of contemporary art and advanced digital technology has produced a new generation of Chinese artists who are leaders of the new media art movement. China’s population is committed to the notion of the 21st century human and digital existence as inextricably linked.

The Dean Collection X BACARDÍ present No Commission: Shanghai on the 7th – 9th April 2017 at the Shanghai Exhibition Centre. Tickets are FREE but there is limited availability.