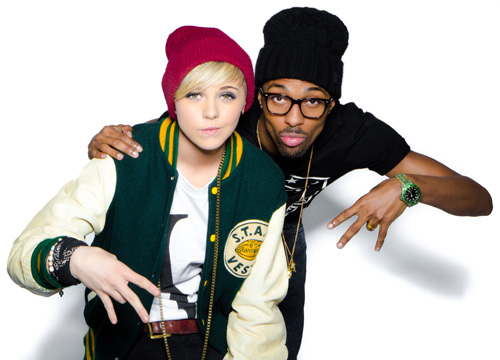 X Factor favourite MK1, who appeared on last years series, have unveiled their brand new single, ‘Let Go’. The track is a real toe tapping summer groove with an infectious beat and vibe. The duo, who co-wrote the song with up and coming producer Skripture recently shot the video and are promising fans “the party of a lifetime! It’s Austin Powers meets 21st Century,” says band member Sim. The video is directed by Vertex who has also worked with Wretch 32, Chipmunk and Tinchy Stryder.

After teaming up two years ago, Charlie and Sim have since become household names, reaching the 2012 finals of ITV’s X Factor and touring extensively across the country. The pair seems poised for chart stardom with their latest track, which Charlie says is “about letting go of everything that is on your mind and escaping to your own little place.” MK1 will release ‘Let Go’ August 4.